Graham Krenz is a sculpture and mixed media artist who has shown across Canada, now living and working in Montréal, Quebec. He received his degree in Drawing from the Alberta College of Art + Design, where he was the recipient of an Alberta Foundation for the Arts project grant for his graduation piece, titled “A History of Nature”, which was constructed in partnership with his friend and collaborator Meredith Angus. He has since maintained studios in Toronto, where he showed installation and site-specific work at large events while continuing to develop his small-scale work.

Our feature ELAN Member for Artists Illuminated Shorts! is emerging artist Graham Krenz. Krenz reinterprets domestic objects and works with wood to create surreal objects and panoramic images of the city. Graham has been featured in Art Bazaar and in the Toronto Star, where he talks about his practice in carpentry, interests in urbanism, and monumental transit systems. Krenz takes inspiration from Frank Lloyd Wright’s school in Scottsdale, and the use of fake military infrastructure as camouflage during WWI. He also refers to Japanese woodcuts as an influence, describing his interest in relief carvings and the way a pre-inked woodblock looks: “They’re negative images, reflections of what the final product will be. I don’t do precisely that with my work, but I maintain that monochrome, semi-finished appearance as a nod to the functionality of our infrastructure, and the transient nature of everything we construct.” 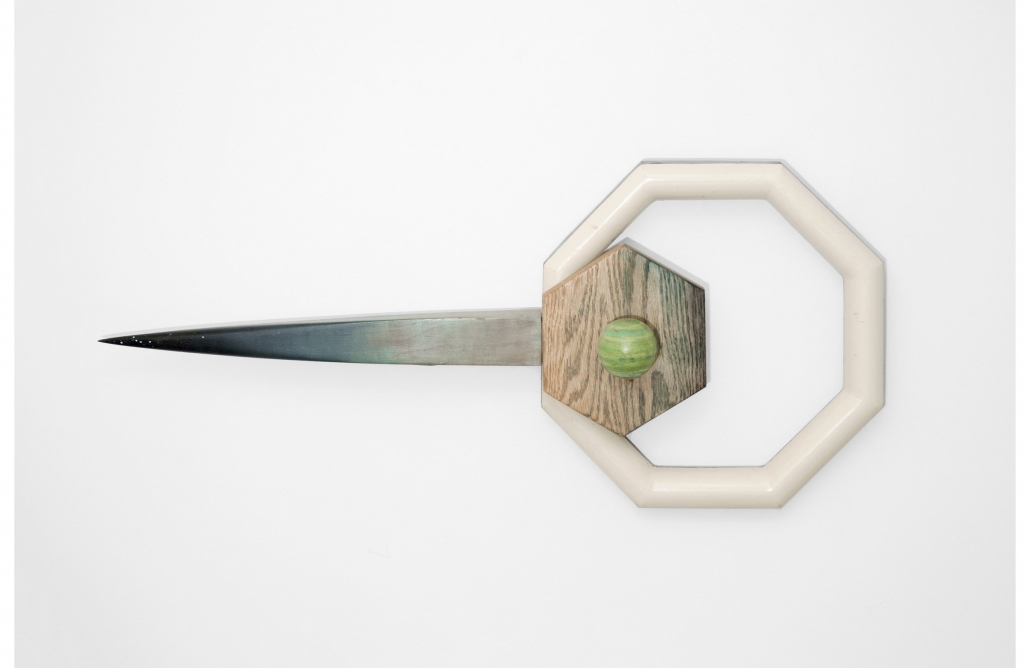 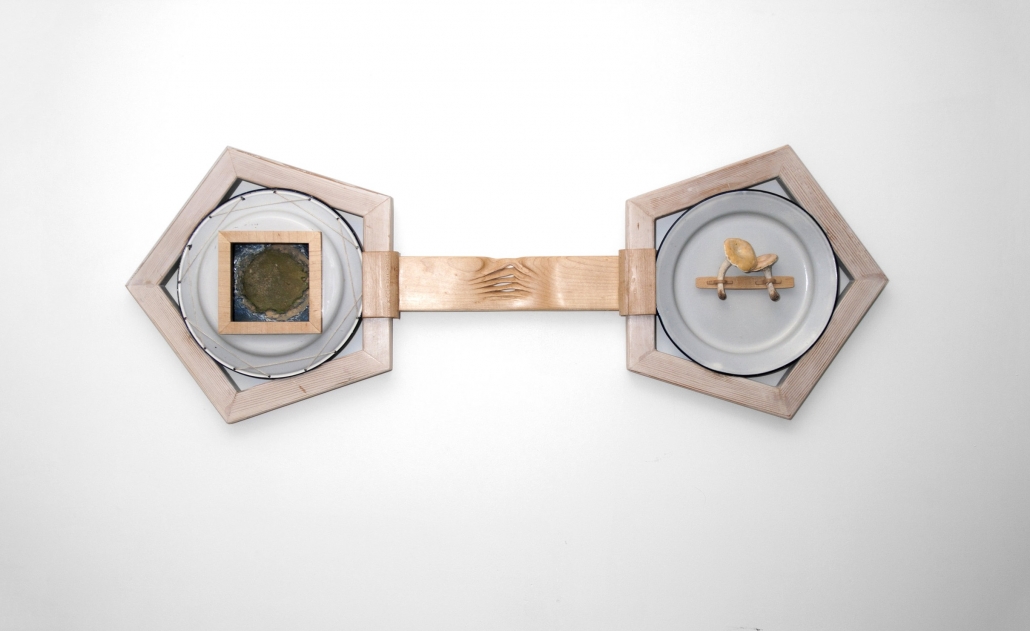 What attracted you to your medium in wood-carving and sculpture?

Both of my parents were “workshop” people. In my father’s case, making furniture and cabinetry in our basement, and in my mother’s, painting, drawing, miniature dioramas, textiles, and more. Both of them encouraged us to work with our hands. My father’s enormous collection of chisels and planes was a factor as well, I liked using those tools and wanted a way to apply that to my artistic practice. In art school I took several sculpture electives, and enjoyed the subtractive process of carving more than the additive processes or mold-making based processes, so I’ve pursued it since.

What are some of your sources of inspiration?

The initial point of inspiration was a sort of unlikely source. The creative agency Elastic, who you may know as the group behind almost every HBO title sequence, created a beautiful title sequence for the show True Detective. This sequence, directed by Patrick Clair, went a long way to pushing me towards representing infrastructure and urban construction as the primary focus of what I make- I had never considered the power of that imagery until then. Long before that point I had already started moving my work that way after relocating from Calgary to Toronto, and encountering the enormous scale of the 401 highway system, which I have now learned is the busiest single road on earth. I wanted to acknowledge the contrast between how mundane a highway is, and how vast and vastly important the project is when you consider it as a monument to labour and human will. 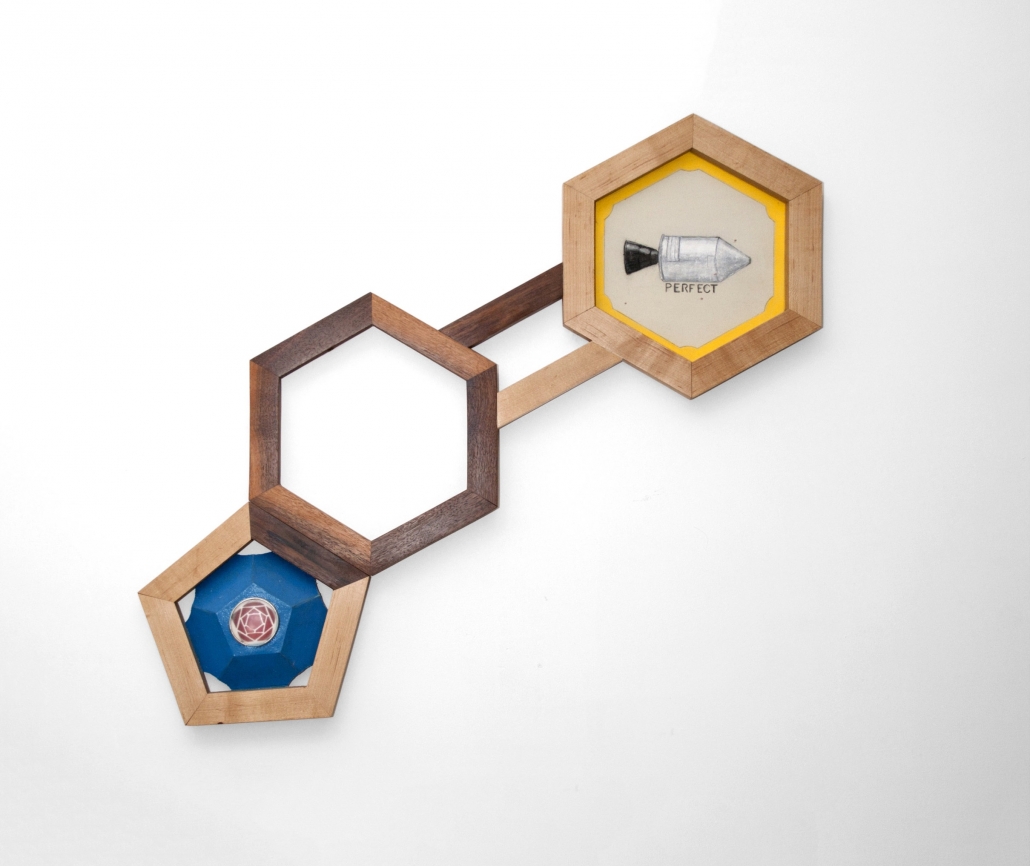 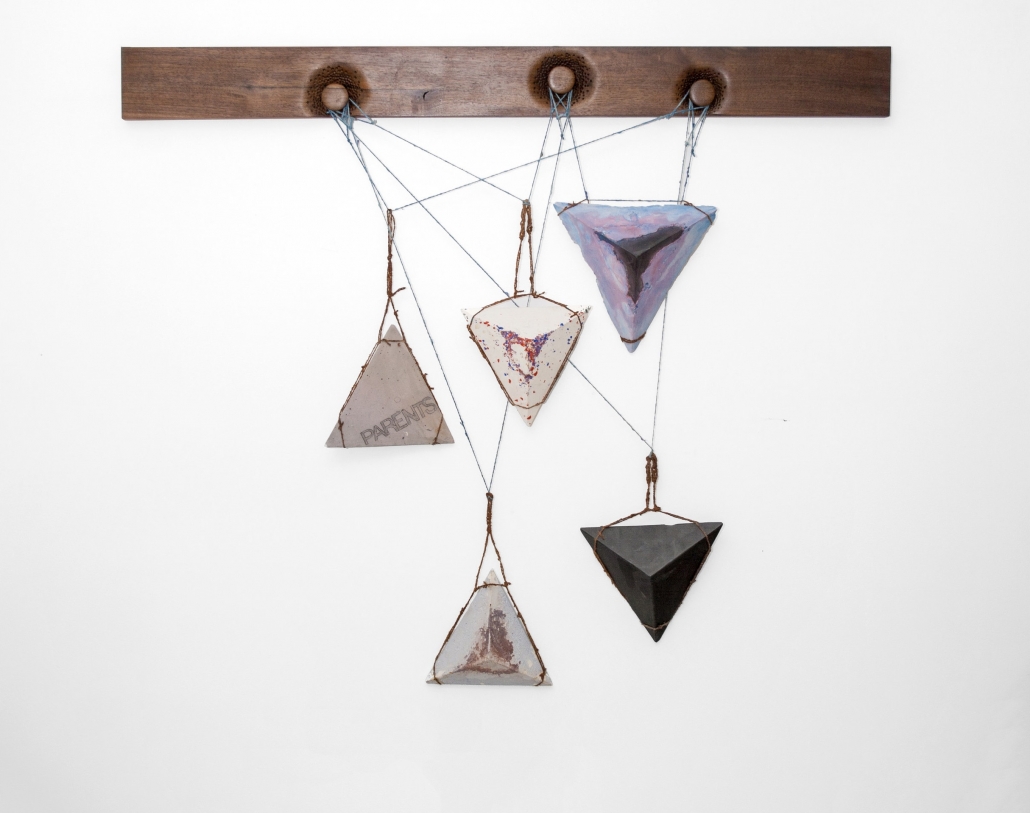 What were some of the themes you were exploring through your series of hanging sculptures, objects, and domestic items (“Stuff I Thought I Wanted”)?

I was having trouble coming to terms with what I wanted, put simply. I thought I wanted all these silly little boy things, and was finding it embarrassing to think about myself that way. I built these a series of tombstones to all the pretentious ideas about myself I had as a young man. It was also the first time I’d begun incorporating any real craftsmanship into my work, I think I was too focused on how conceptual my work had to be immediately after art school. It was the beginning of my understanding of how important spending time working on a material, how that informs the messages you can send with it.

What are some resources you find useful in Montreal that might also be helpful to other sculptors or carvers?

Reaching out to other artists whose work you see is important, to broaden the amount of techniques and ideas you have access to. That’s my main advice, don’t be an island. 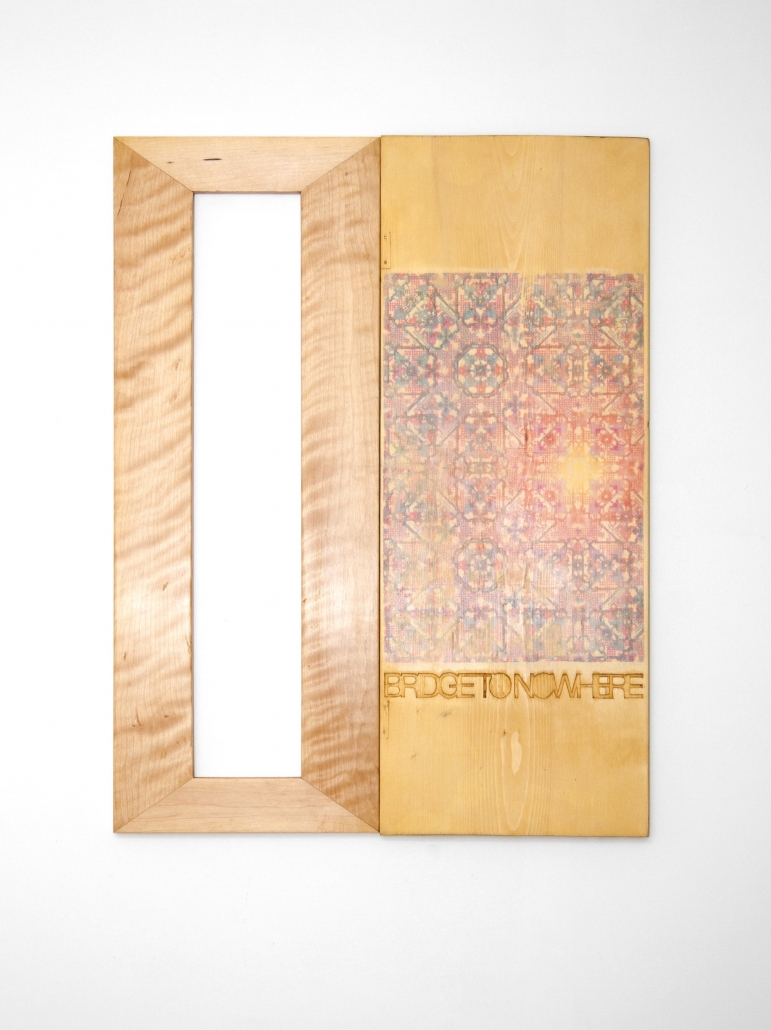 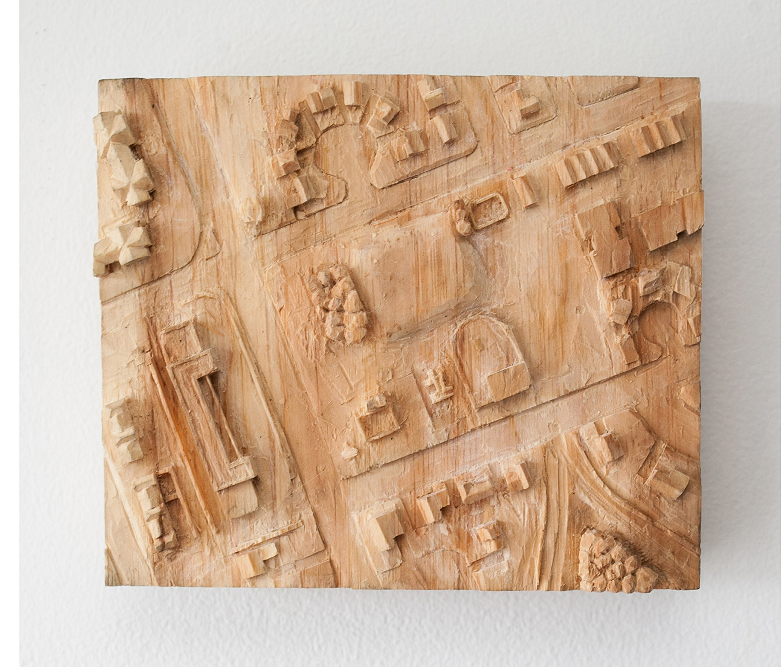 Do you run your own space, or do you collaborate with others?

I share a space with some photographers and film workers currently, so that we can all afford a nice, large, enjoyable space to work in. I would tell everyone to avoid owning anything you can’t lift yourself, and to avoid owning any furniture that you can’t take apart. In Toronto I moved my studio at least once a year, you will want to make this as painless as possible. Once a month, throw away a box of what you have. I’ve had shared spaces and private spaces, both have pros and cons, you have to really weigh what’s best for actually getting things done, and enjoying your time while you’re there.

What are some tips you might give to other artists pitching their art to galleries?

I think like most artists I wish curators would solicit me more, but such is life. I have been lucky to work with commercial galleries and artist-run centers. I’ve had great experiences working with both, I think they both serve different viewers and collectors, and both have an absolutely essential place in the artist economy and infrastructure. The obvious downsides with artist run centers is the application and submission process, which is generally lengthy, involves a lot of paperwork, and can be demoralizing. The benefit to soliciting commercial gallery support is that if they don’t like you, you find out pretty much immediately. Rejection is like a bandaid, it’s nice to tear it off quickly. 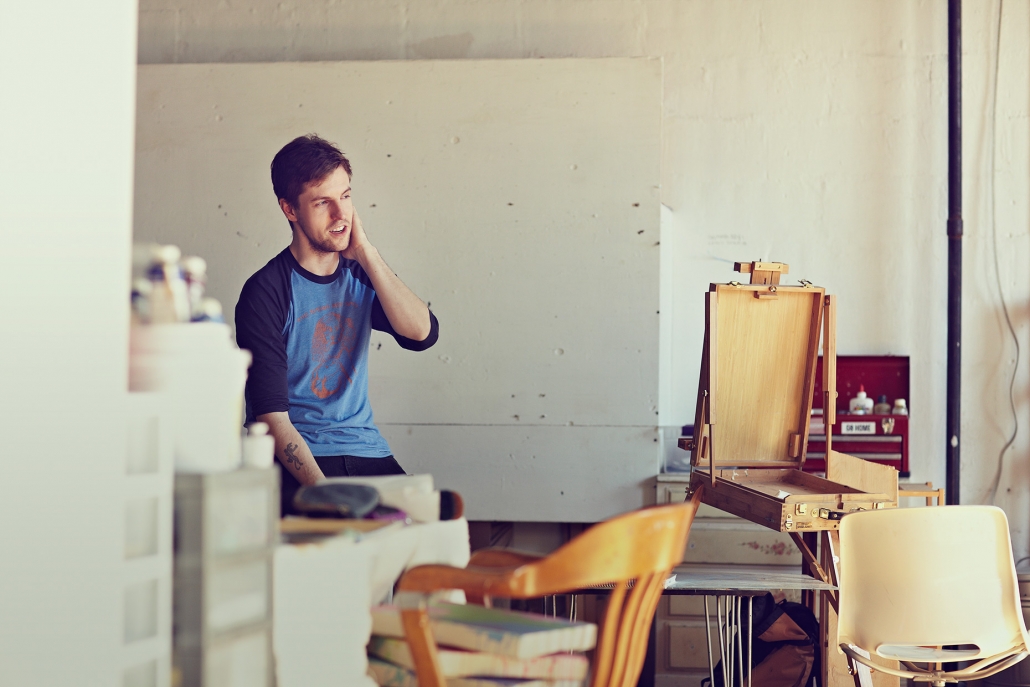 Photograph is by Nick Wong.

Join Our Team!
Scroll to top