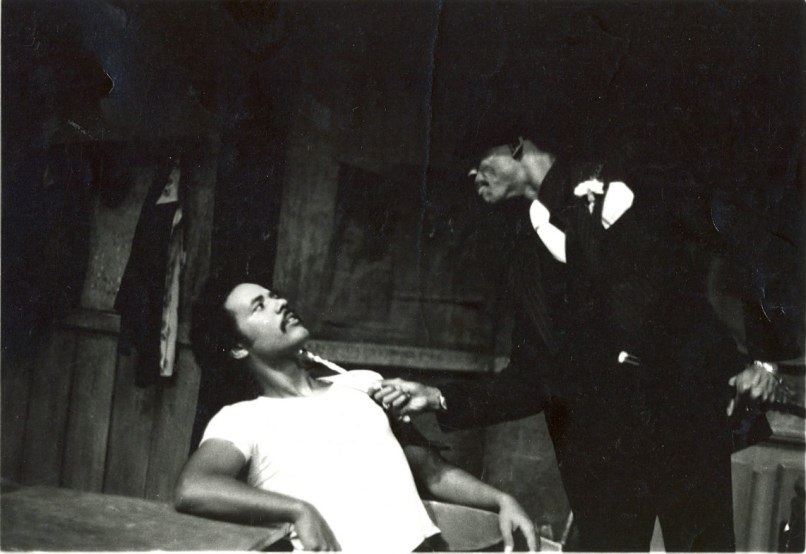 As ELAN Organization Member Black Theatre Workshop (BTW) approaches its 50th Anniversary, we spoke with Artistic Director Quincy Armorer about the theatre’s evolution, and the programming highlights that have helped define BTW’s influential place in Montreal. Since its foundation in 1970, Black Theatre Workshop has been the longest running Black theatre company in Canada. It has played a significant role in shaping the stories told by playwrights and the opportunities available for Black theatre artists in Montreal, with resonating effects on broader Canadian theatre scenes. Founding members like Clarence Bayne, Errol Sitahal and Yvonne Greer (just to name a few) bring collective experience from organizations with long histories of advocacy in the arts and education in Quebec, such as the Black Community Resource Centre, the Quebec Board of Black Educators, and the Black Community Central Administration of Quebec. Today, Black Theatre Workshop has fostered a thriving community, with a strong network of collaborating theatres like Centaur, Neptune, Tableau d’Hôte, the Segal Centre, and MAI (Montréal, arts interculturels).

Black Theatre Workshops’ first productions have included the work of notable playwrights like Lorraine Hainsbury, Lorena Gale, Derek Walcott, David Edgecombe, and Trevor Rhone. “The earlier focus of Black Theatre Workshop was more Caribbean, with a Trinidadian focus,” says Quincy. “Now the programming is more encompassing of Montreal’s Black communities.” Over the years, BTW’s repertoire has staged plays that are both intimate and fiercely political, exploring issues of self-identity, assimilation, the fragmentation of family and community, as well as sensitively approaching global issues like poverty and the sex-trade.

Lorena Gale’s work has especially taken the spotlight during Black Theatre Workshop’s 49th season, with the acclaimed co-production of Angélique by BTW and Tableau D’Hote Theatre. Angélique tells the 18th century story of enslaved Marie-Joseph Angélique, who attempted to flee her owner’s home and is alleged to have set fire to the mistress’ house. In 1734, she was convicted of arson, tortured and hanged for the fire that took at least 46 buildings in Old Montreal. Quincy Armorer noted the critical success of Angélique as a “homegrown story” that had the opportunity to be performed at the National Arts Centre in Ottawa and Toronto’s Factory Theatre.

Also among Black Theatre Workshop’s playwriting cohort is Trey Anthony, the first Black woman in Canada to have her own television series, which was based on her play Da Kink In My Hair. Trey Anthony’s recent production of How Black Mothers Say I Love You is a tale of separation and reconciliation through character Daphne’s experience as an immigrant and mother in Canada. Quincy also mentions his first programmed play at Black Theatre Workshop, Djanet Sears’ Harlem Duet, which was a sequel to the playwright’s one-woman performance of Afrika Solo (2012). Djanet Sears’ work also shines in The Adventures of a Black Girl in Search of God, which follows the complex story of a community descended from the Black Loyalists of 1812, who were granted Ojibwe land in Holland Township, Ontario. Local stories also resonate through the work of Canadian actor, producer and director Omari Newton. The 2013-2014 season presented Newton’s play Sal Capone: The Lamentable Tragedy of, which was based on the 2008 police shooting of 18-year-old Honduran immigrant Fredy Villanueva in Montreal-Nord.

An important part of Black Theatre Workshop’s ongoing programming is the annual Artist Mentorship Program (AMP), which gives emerging theatre professionals the chance to work on a professional ensemble production. Started in the 2013-2014 season, the program is now in its sixth year with the support of the Canadian Arts Trainings Fund (part of Canadian Heritage). The Mentorship Program has evolved from its early years as more of a “summer camp”, as Quincy describes, to become a robust and well-respected program that helps transition recent theatre graduates toward career opportunities.

“The theatre community in Montreal is watching Black Theatre Workshop,” says Quincy, “Actors are finding work all the time. Participants in the Mentorship Program come out with real opportunities. They are cast in mainstage productions, their plays are professionally produced.” Every year, Black Theatre Workshop’s Artist Mentorship Program culminates with the Industry Showcase, where about fifteen participants perform a one-and-a-half hour play for industry professionals including casting agents, directors, and producers.

Quincy highlights just a few of the success stories of Artist Mentorship Program alumni, noting the diversity of disciplines within theatre that each participant brings, and the richness of their involvement in both local and international projects. In 2016, actor Vladimir Alexis was awarded Black Theatre Workshop’s Gloria Mitchell-Aleong Award at the 30th annual Vision Celebration Gala. Alexis is known for his supporting role in Roland Emmerich’s 2015 film Stonewall, as well as appearing in X-men: Apocalypse, Saving Hope, Trauma and Just For Laughs’ Nasty Show. Actor, singer and director Tamara Brown had co-founded Montreal’s Metachroma Theatre in 2010, and recently directed the world premiere of Successions, by Michaela DiCesare, at Centaur Theatre. Actor and writer Rachel Mutombo, who participated in Playwrights’ Workshop Montreal‘s first Youth Creator Unit, has acted with Montreal’s Repercussion Theatre, Vancouver’s Pacific Theatre, and has recently gone on to join Toronto’s Obsidian Theatre Company.

As Black Theatre Workshop nears its 50th anniversary, the team has much to celebrate — from the professional successes of the countless artists who have worked with BTW over the years, to enriching the representation and opportunities available for Black theatre artists in Montreal. Quincy acknowledges the challenge of Black Theatre Workshop remaining “a minority within a minority, within a minority”, given that the Anglophone community of Quebec is already a small community. This may certainly contribute to some artists leaving the city, Quincy admits, but the presence of BTW gives theatre professionals a meaningful chance to work and thrive in the city.

Quincy describes the importance of Black Theatre Workshop in shaping opportunities for Black theatre professionals to work with each other, instead of competing for a limited number of token roles. This also changes the dynamic of who is empowered to write, stage and perform in Quebec theatre. “The Black Theatre Workshop has a significant role in giving a foundation and opportunities to actors — a very vital role in fulfilling the needs of Black theatre artists.” Today, representation in theatre has moved away from merely “passing” mainstream plays by writers like Arthur Miller with black actors. “We are seeing Black stories, the work of Black writers,” says Quincy. “These stories are from Black communities where they are subjects, not objects”. 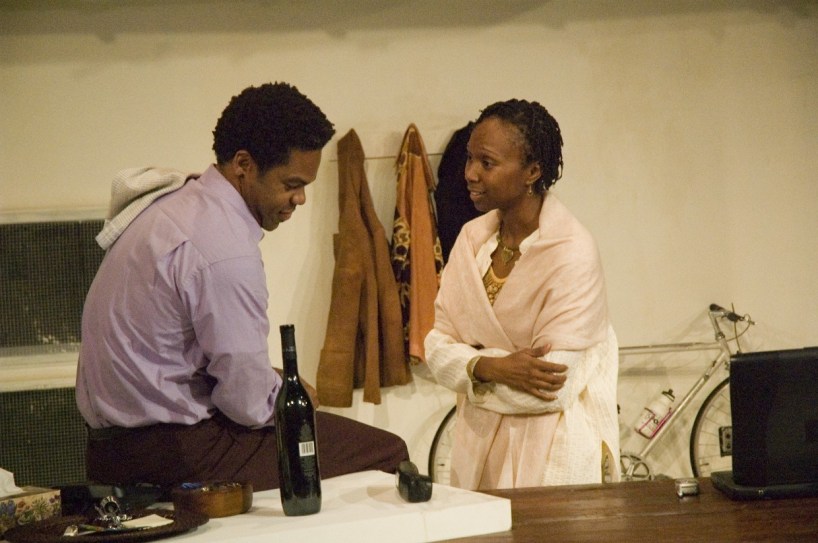 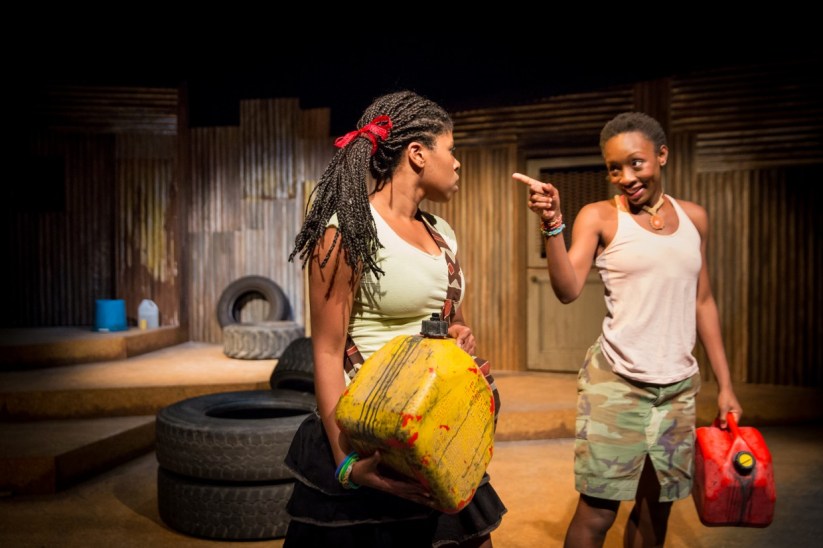 The 2019-2020 season will be the busiest to date for Black Theatre Workshop as it prepares to celebrate its 50th anniversary during the 2020-2021 season. Stay tuned for upcoming announcements from Black Theatre Workshop later this month! In the meantime, the Artist Mentorship program is accepting applications for its next season until APRIL 20! This year’s Industry Showcase will be hosted MAY 10-11 at the Centaur Theatre.

ACE Projects Illuminated: Reflecting on the Success of the PETES ACE Projec...
Scroll to top