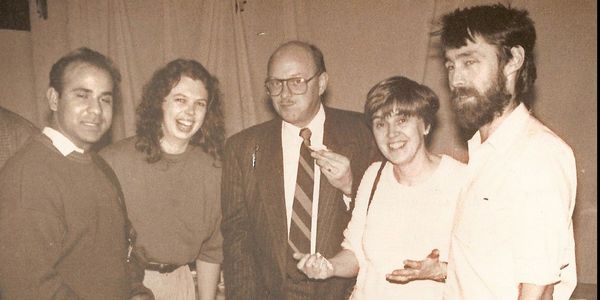 As many of you know, I had planned to leave ELAN this year because the 15th anniversary seemed like a propitious moment for a leadership transition. That plan was put on hold when the Secretariat for Relations with English Speaking Quebecers funded a new project that is dear to my heart. I first became an arts activist, straight out of the National Theatre School, back when it was seriously challenging to be an English-speaking artist in Quebec. There were many reasons for that, ranging from language barriers to a lingering myth that Anglos were wealthy and did not require public funding. Most of those conditions have changed, but surveys confirm that English-speaking artists still feel closer to Canada Council and the Conseil des arts de Montréal than to CALQ. SODEC is perceived to be less welcoming than Telefilm.

This project, which we have named Québec Relations, will devote the next two years to identifying all provincial sources of funding that could benefit cultural workers, from regular arts programs to support for employment, infrastructure, regional and economic development. In parallel to this, we will document community needs, and then help connect needs to support. I have hired Sophie Croteau (we will introduce Sophie in next month’s ELANews) as Research Coordinator, and have opened a new office for this project.

ELAN’s new neighbours on the 9th floor at 460 Ste Catherine are QDF and Teesri Duniya Theatre. My first major venture in arts activism was the creation of the Quebec Drama Federation, where I was the founding executive director. Rahal Varma had recently created Teesri, which became a QDF member, and Rahul became a friend. Each time I walk past their offices, I feel a sense of completing a full circle. I am energized to spend my final couple of years with ELAN working on a project that brings decades of arts advocacy to a logical conclusion, and will significantly improve access to funding for Quebec’s English-speaking artists.

ELAN is an official minority language organization within a country that recognizes two languages as official. ELAN is located in Tiohtiak:ke, the original name for Montreal in Kanien’keha:ka, the language of the Mohawk—also known as Mooniyang, which is the Anishinaabeg name given to the city by the Algonquin. While we are based in this city, our projects have also taken place in many regions across Quebec.

We acknowledge the colonial origin of English and French in Canada, and recognize that both languages benefit from official status throughout the land. The province that we know as Quebec is an amalgamation of the traditional territories of the Innu and Inuit nations, Algonquian nations, as well as the Mohawk nations of the Haudenosaunee Confederacy. Kanien’keha:ka and Anishinaabeg are but two of the original languages of this province; Atikamekw, Cree, Inuktitut, and Innu-aimun are also among the many Indigenous languages spoken across Quebec as majority languages, all well before French and English.

ACE Lessons Learned: The Benefits of Art for Relating and Understanding
Scroll to top