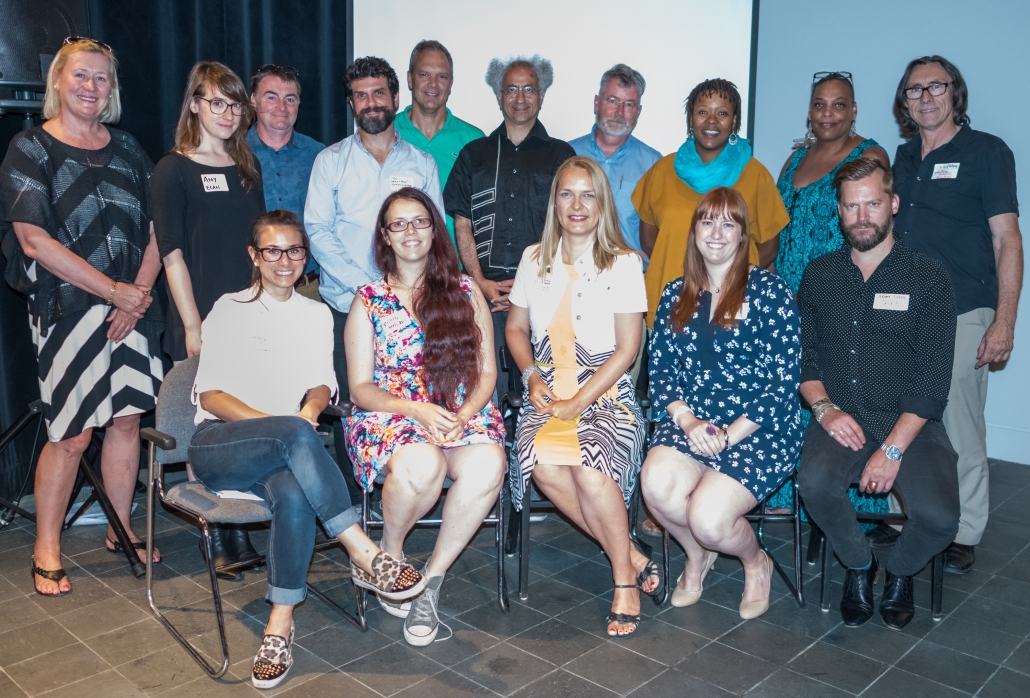 This month ELAN is saying farewell to Amy Macdonald, who has worked with ELAN for six years. Arriving shortly after a near-death financial crisis in the summer of 2013 had reduced ELAN to a single part-time employee, Amy helped me rebuild the organization on a solid foundation, taking charge of all membership and communication duties. During the past couple of years, as ELAN has multiplied the number of projects we manage and added new full-time employees, she has been instrumental in helping ELAN navigate challenges with team-building, communication, and creating synergy between in-house staff and external project teams. As Amy sets off to pursue her burgeoning career as a musician, she leaves ELAN in immeasurably better shape than she found it. On behalf of ELAN’s staff, board and members I want to thank Amy for her contributions to ELAN, and wish her well in the exciting new adventures that lie ahead.

This month we are also bidding adieu to three dedicated board members who have reached the end of the six-year terms prescribed by ELAN’s by-laws. Bettina Forget has been an ELAN member from the beginning, and president since 2015.  No organization could hope for a better ambassador and leader. Bettina was always available for ELAN despite pursuing her own busy career as an artist, running a gallery, and studying for a Master’s Degree followed by a PhD.  Kristelle Holliday has been treasurer for three years. As administrator for le Théâtre des Petites Lanternes in Sherbrooke, Kristelle spearheaded a series of Made en Estrie schmoozers that increased connections between English- and French-speaking artists in the Townships and le Conseil de la culture de l’Estrie. Kristelle is also the only treasurer I have known who can make the AGM financial report as entertaining as a stand-up routine. Fortner Anderson, a well-known spoken word artist, has collaborated closely on ELAN’s CRTC interventions for many years, and he also represented ELAN on the board of Culture Montréal and the Consultative Programming committee of MAtv.

I invite you all to attend ELAN’s 15th anniversary AGM on August 26 to say goodbye and thank you to the outgoing board members, and to elect their successors. It will also be an occasion to wish Amy well in her future adventures and meet her successor, who should be hired in time for the AGM and the big 15 party at the Rialto Theatre.