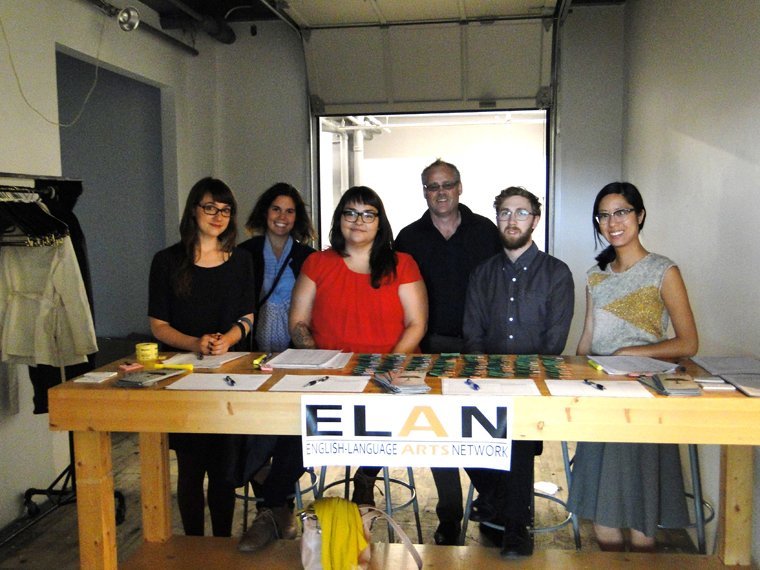 ELAN celebrated its 10th Anniversary and AGM at Eastern Bloc. The event included “Wonderwall” photographic installation that formed a “family portrait” of the community, from celebrated artists of the day to the trailblazers of that marked Quebec’s marginal English-speaking arts scene of the 1970s and 80s. The 10th Anniversary for ELAN marked a significant milestone for the visibility of the English-speaking arts community in Quebec, on both the local and international scene.

Important membership initiatives also took place during this time, including a membership drive. ELAN introduced a modest fee increase for all groups except students, whose membership remained free. In 2014, ELAN also targeted outreach to student groups at McGill and Concordia University. Close collaborations with the Schulich School of Music and the Montreal Film Group gave ELAN higher visibility among English-speaking student communities in Montreal. 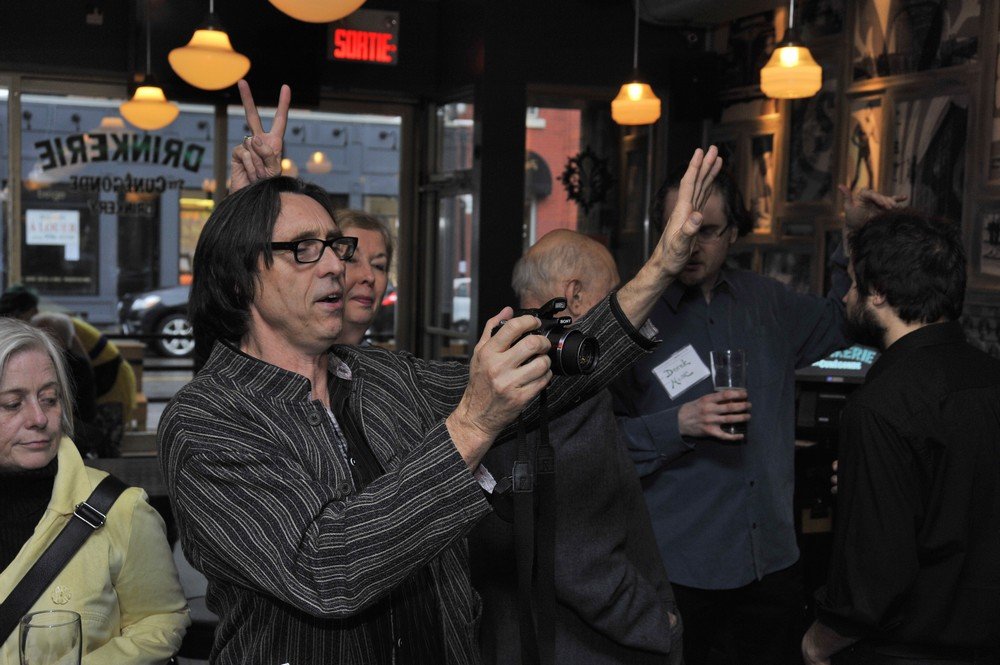 ELAN continued to branch out into interdisciplinary connections with the arts, and helped foster a serious engagement between the arts and youth communities in the province. With funding from Canadian Heritage, ELAN initiated the YEAH! (Youth, Education, Arts, and Health)project in 2014 to connect English-speaking communities to professionals using the arts to work with youth on health and education issues.

ELAN identified a clear lack of connection and dialogue between English-speaking arts communities and health services in Quebec. Despite this disconnect, ELAN discovered a surprising number of artists applying their skills in therapeutic ways. The YEAH! project resulted in a documentation of artists and community health services, and was particularly appreciated in the regions outside Montreal where creative health services and therapeutic artistic practices were relatively unexplored.

The short, one-year span of the YEAH! project and ELAN’s limited human resources restricted our ability to fully promote the available artists to the communities that needed them. The artists that ELAN identified through YEAH! and the relationship that was established with the Community Health and Social Services Network (CHSSN) would eventually  benefit communities and youth through the ACE Initiative. 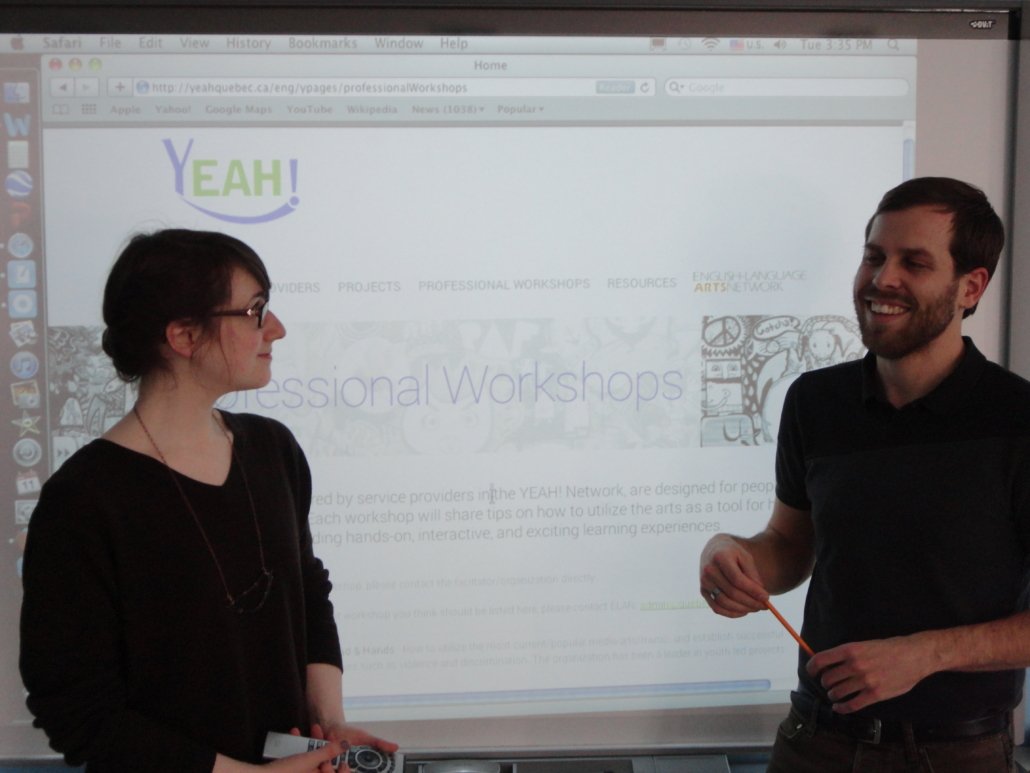 Print media was taking a fresh hit at the time, and arts communities were struggling to keep up with the migration from print to digital publishing. Existing technology was too expensive in 2013 to be viable for smaller organizations or non-profits. The disappearance of alternative weekly papers like Hour Community and the Montreal Mirror, and cuts at the CBC and Montreal Gazette, meant that artists and arts organizations in Quebec had to quickly adapt coverage and promotional strategies for new media.

ELAN’s Media Committee secured funding from the Canada Council for the Arts for a new Digital Shift project that explored solutions for arts coverage and event listings in the changing media landscape. Digital Shift project manager Richard Burnett surveyed artists and arts organizations, publicists and journalists, and hosted two focus group sessions to seek solutions for artists, arts organizations and their audiences to adapt to the “Digital Shift” from “old media” to “new media”.

Recommendations provided by the Digital Shift project included developing community skills and access to digital marketing, social media workshops, and clear channels of contact to French-language media and organizations including Culture Montréal and La Vitrine. Digital Shift also notably introduced the concept for a bilingual listings web platform that would allow artists to submit to multiple platforms at once, and a centralized event database, which would ultimately set the stage for the evolution of a prototype called ARTS2U in the years to come. 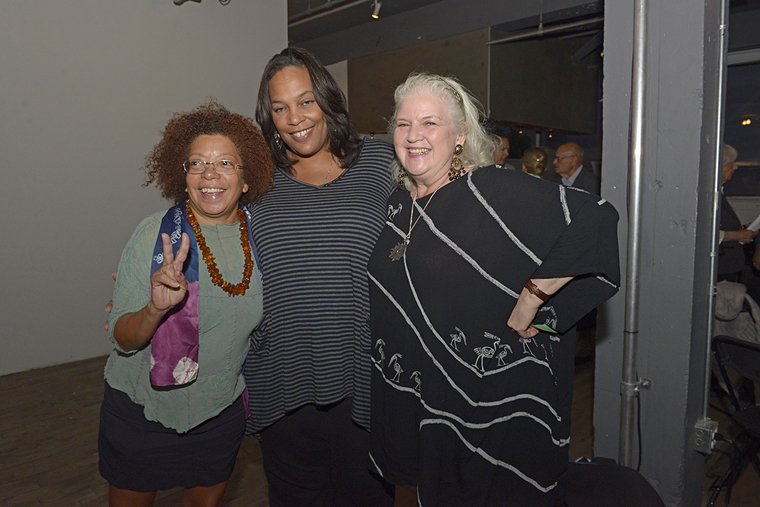 2014 was a tense and emotionally charged period for broadcasting advocacy in Quebec. At the time, ELAN was in a Tripartite Alliance with CACTUS (a national community broadcasting association) and representatives from CUTV and CKUT (who eventually formed Independent Community Television-ICTV). Due to the failure of MAtv to comply with previous CRTC licence conditions regarding community access programming, the ELAN-CACTUS-ICTV Alliance was in a position of significant influence to compel MAtv to increase community access and diversify its content.

Based on precedents in other bilingual Canadian jurisdictions (Ottawa and New Brunswick), the Alliance believed that a strong case could be made for CRTC to authorize Videotron to use a portion of its subscription fees to create a second community channel for its English-language subscribers, provisionally called MYtv.

The Tripartite Alliance fell apart over conflicting visions for MYtv’s programming and management. CACTUS advocated for a citizen-based model where everyone was a volunteer and hundreds of hours would be produced per month. ELAN felt that high volume with minimal production standards was what YouTube did, and that community television in the 21st century needed higher quality, which meant producing less, but doing it well. Independent Community Television (ICTV) proposed a multilingual model merging MAtv and MYtv and adding a host of other languages. ICTV also wanted to replace Videotron as community television network provider. Both the independent community management idea and multilingual programming were rejected by CRTC.

CACTUS and ELAN found themselves on opposite sides of the debate because CACTUS continued to promote a 100% volunteer model while ELAN preferred to see filmmakers and crews paid for their work. ELAN reported to its members the competing visions for a new English-language channel.

In the end, CRTC refused to allow Videotron to use subscriber fees to create a second community channel.  Unable to create MYtv, Videotron voluntarily agreed to devote 20% of its budget and airtime to English-language programming. This was a major victory that has benefitted numerous filmmakers, who have created well-received local content that shares stories about the previously invisible English-speaking community. 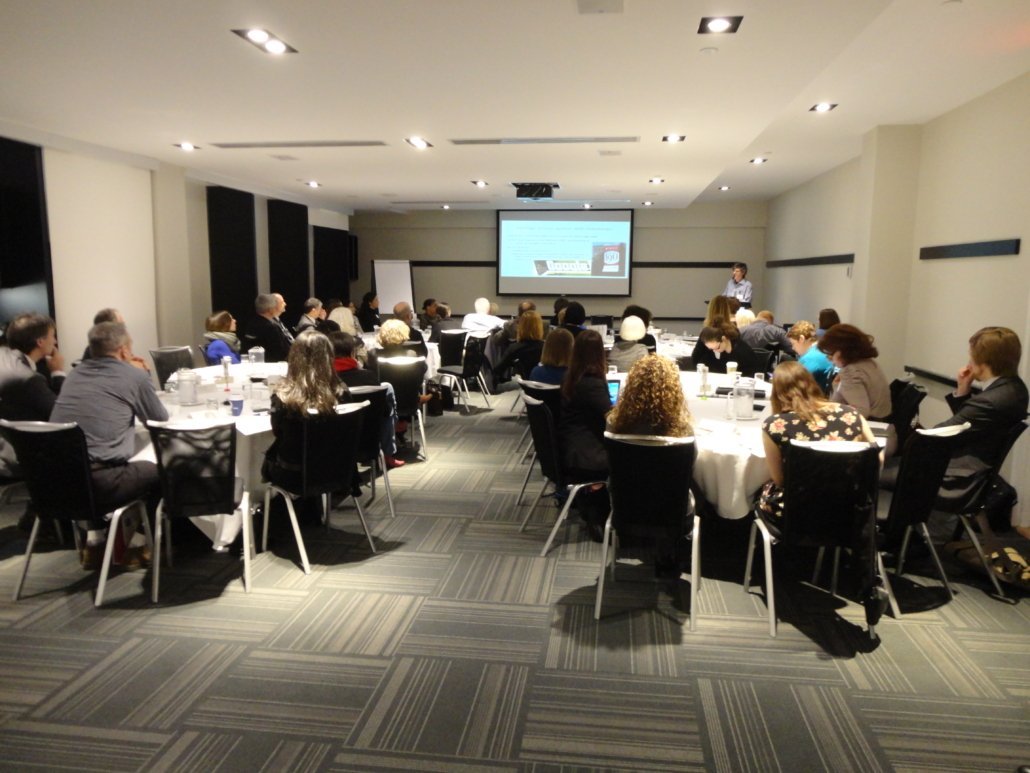 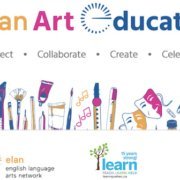 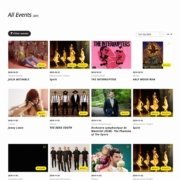 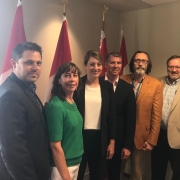 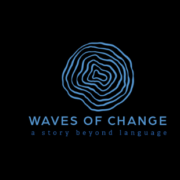 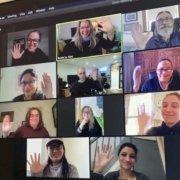 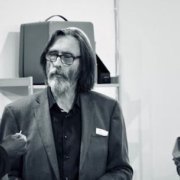