From Centaur Theatre to Battlefield Earth, L.A. to London, and film production to journalism to Seniors Action Quebec: we are very excited to introduce you to Vanessa Herrick. 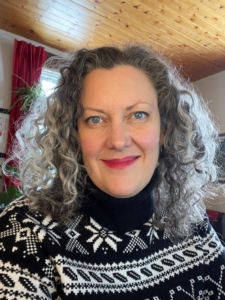 Vanessa Herrick is already known to many ELAN members and partners. At the dawn of the new millennium, Vanessa was Director of Public Relations and Marketing for Centaur Theatre Company. Prior to Centaur, Vanessa worked with Warner Brothers and MGM Studios in Montreal and Los Angeles in various roles in production of major films such as The Bone Collector, Battlefield Earth and Rollerball.

In 2008, Vanessa enrolled at Concordia University to study journalism. She was awarded the Don McGillivray Memorial Prize for Explanatory Journalism for “Bombs and Diplomacy” in 2009, and in 2010 Vanessa received the Canadian International Development Agency’s Journalism and Development award.  After graduating from Concordia, Vanessa pursued further studies in a masters program in International Communications and Development at City University, London, England.

In 2019, Vanessa became the first Executive Director of the recently created Seniors Action Quebec, a Quebec-based not-for-profit focused on advocacy and community-building with the mandate of creating a province-wide network of community organizations working together to support access to care and social services for English-speaking seniors. SAQ has played a vital role in supporting seniors during the COVID pandemic and Vanessa has supervised valuable projects as well has been an impassioned and articulate spokesperson in the media.

ELAN and SAQ have developed a strong working relationship over the course of two collaborative projects. The popular video project, We’re All In This Together, was developed by Vanessa in collaboration with ELAN’s Guy Rodgers. SAQ and ELAN are also partners in a project about identity and belonging in Quebec’s English-speaking community funded by the Secretariat for Relations with English-speaking Quebecers: SAQ’s Je Me Souviens and ELAN’s Waves of Change.

Vanessa brings a wealth of diverse experience to ELAN. Staff and board are eager to begin working with her on February 1st.

A message from ELAN Board President, Li Li
Scroll to top