We host a number of networking events throughout the year, such as our regular Schmoozers, to connect artists across communities and provide learning opportunities. Browse the calendar for great performances, exhibitions, workshops, and community gatherings for English-speaking artists in Quebec.

The ins & outs of Using Music Online with accelerando.media

Get to Know the Ins and Outs of Using Music Online with accelerando.media
–
– Register here: https://forms.gle/bdh5LJgZuJmkkXg37
–
The pandemic meant lost opportunities for many artists but also created new ones, particularly for online activities. But with new opportunities come new challenges.
–
How to get the rights to musical works? How to copyright new works? What platforms are available? Can distribution be limited?
–
accelerando.media is a resource to provide answers to some of these questions and others raised during interviews with people from coast-to-coast.
Designed primarily for individual musicians and small ensembles, this resource can be useful to any artist wanting to incorporate music into their work, whether you are a dancer, theatre artist or performer.
This webinar will cover the origins of the project, its evolution and then a brief walk through the website. There will be time for questions and answers at the end of the presentation. Please note that this webinar will be recorded.
—
About the Hosts: 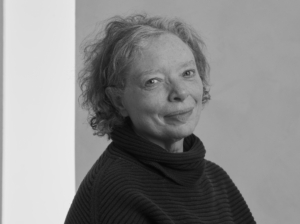 Barbara Scales is the founder and President of Latitude 45 Arts Promotion, Inc. established in 1981 and based in Montreal. An internationalist by principle, her company represents artists from around the globe and works on multiple continents.
–
Ms. Scales studied philosophy with a Master’s thesis on “What does it mean to say that art belongs to its time?” The question is fundamental to her work with creative musicians.
Originally from New York City, Barbara Scales made Montreal her home in 1968. Since 2014, she has been President of the Board of Directors of the Canadian Music Centre in Quebec. She has served for over 25 years on the national board of the Canadian Music Centre. She has also served as an officer on the boards of CINARS, NAPAMA, ISPA and presided the first IAMA conference outside of Europe, in 2013.
http://latitude45arts.com
– 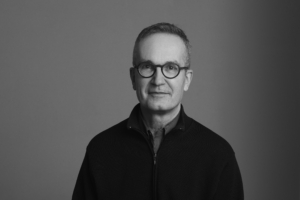 Kees van Draanen is a consultant and professional arts administrator with more than 30 years experience in music, dance, presenting and circus arts. He started his career in Toronto as the Production Coordinator with the Tafelmusik Baroque Orchestra. After moving to Montreal, he was hired by Cirque du Soleil as Administrative Director when the Cirque was experiencing its first real growth spurt from 1988 to 1992. Following a year-long sabbatical spent traveling around the world, he helped open Cirque du Soleil’s European headquarters in Amsterdam and worked on Cirque’s Saltimbanco tour in Europe. In 2002, he moved to Brussels where he was the Financial and Administrative Director of Flagey, a not-for-profit cultural institution that operated five concert halls. On returning to Montréal he worked freelance before being named Director Finance and Administration at Les Grands Ballets Canadiens. He later became the Assistant General Manager and Interim Director General at RIDEAU, the national association of presenters.
His most recent job was with Réalisations/Thinkwell Studios Montréal as Vice-president Finance.
Kees van Draanen is also active as a president of Skeels danse, a member of the Commission permanente Montréal numérique (Culture Montréal) and has mentored several people through the HEC mentorship program. He has also been a member of the Music evaluation committee I of Le Conseil des arts de Montréal, a mentor in the LEADERSHIP EMERGENCY ARTS NETWORK (LEAN) program and a board member of Circuit-Est and Tangente.
LinkedIn: https://www.linkedin.com/in/keesvandraanen/

Aligning Your Messaging: Media Relations and Your Brand as an Artist