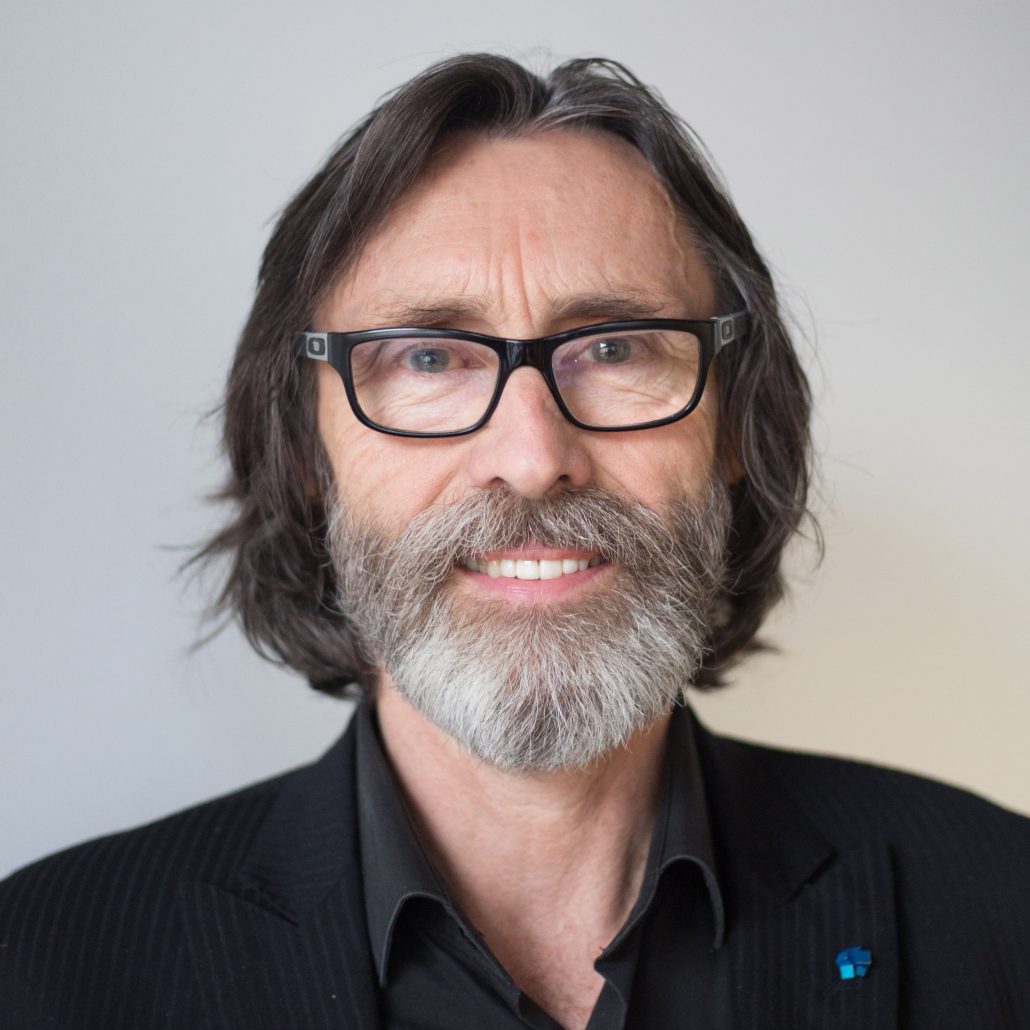 A graduate of the playwriting program at the National Theatre School of Canada, Guy Rodgers has worked in film and television, and specialized in writing large-scale multimedia productions for museums and special events across Canada, as well as the US, Europe and the Middle East. A long-time arts activist, Guy Rodgers was co-founder of the Quebec Drama Federation (QDF) and the Quebec Writers’ Federation (QWF), was a member of the founding board of le Conseil des arts et des lettres du Québec (CALQ), and was founding Executive Director of the English-Language Arts Network. In 2015 he was appointed to l’Ordre des arts et des lettres du Québec. During the past year, he wrote a multimedia capsule celebrating the 50th anniversary of Canada’s Official Languages Act that was projected onto the Parliament Buildings in Ottawa, and he performed in Tim Brady’s Symphony #9 for 150 electric guitars presented at the Oratory St-Joseph. 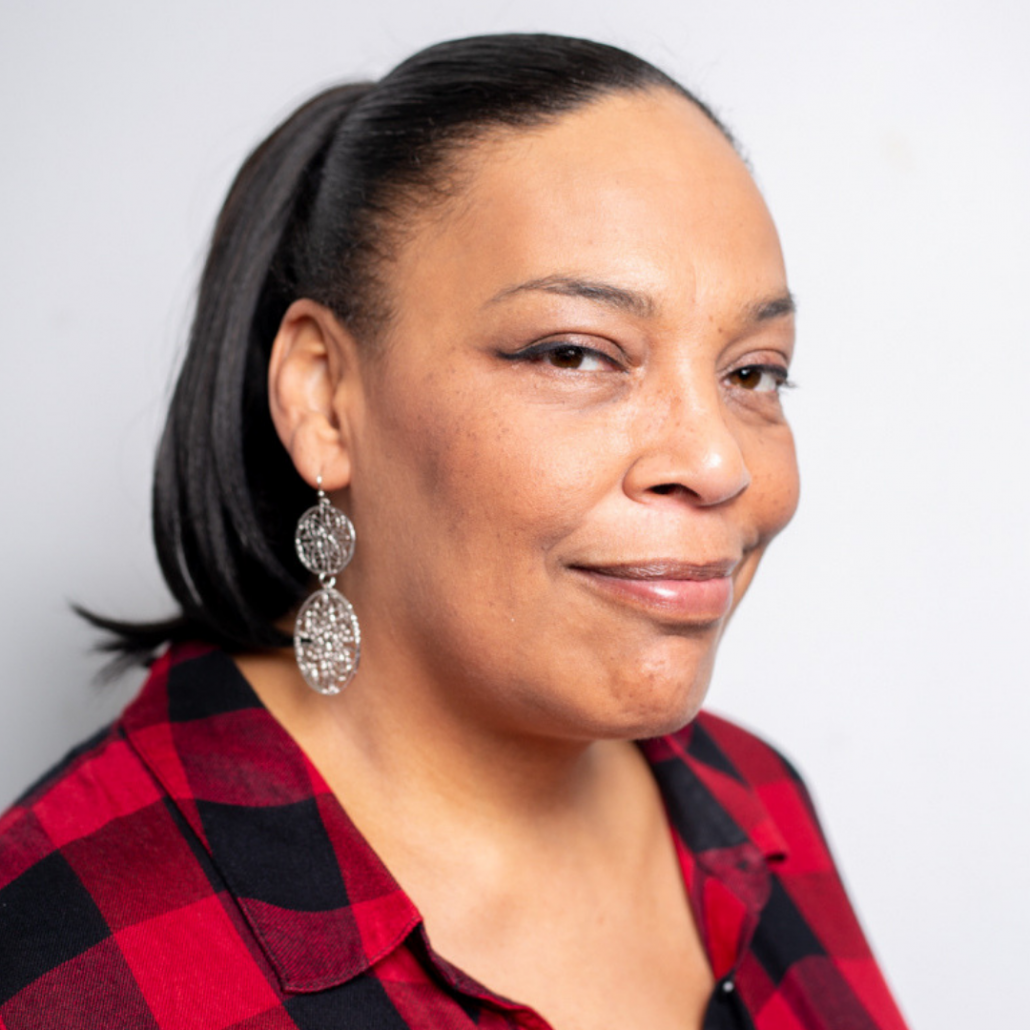 In 1999, after over 20 years in community development, Deborah’s work led her to the practice of professional community engaged arts through the study of Theatre for Development at Concordia. Emerging first as a director, with Bryan James’s Terminal,Terminal and Rahul Varma’s State of Denial, Deborah went on to spend two years supporting other emerging artists through Black Theatre Workshop’s YouthWorks, and 3 years serving the English-speaking theatre community as Executive Director for the Quebec Drama Federation. Currently also freelancing with the Teesri Duniya Theatre family as the Fireworks Development Coordinator, Deborah is pleased to continue supporting emerging artists and facilitate community connection to, and through, theatre. She has also recently directed the inaugural production of Canada’s first Muslim theatre company, Silk Road Institute. Deborah is thrilled to be officially joining the ELAN team, as she has felt like part of the family for years. 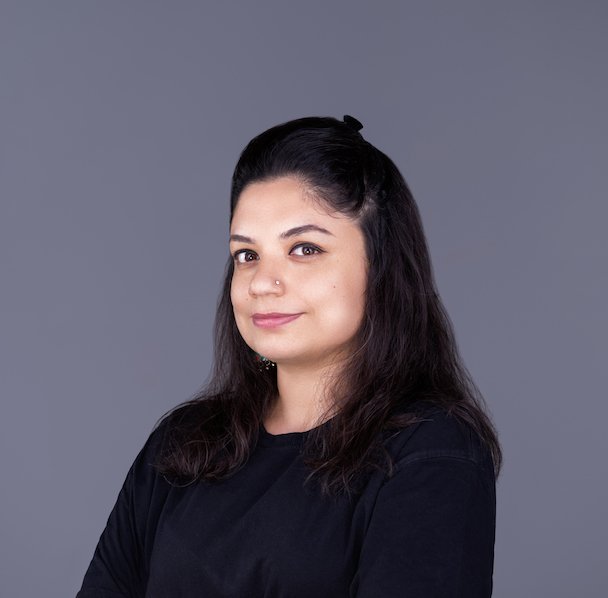 Swati has two decades of TV and Film production experience in India, working on everything from scripting, shooting, costumes, direction and postproduction for TV shows, studio films and indies. As a Creative Director for a number of entertainment channels, her focus was non-fiction programming. Swati helmed super-hit reality shows like the Indian syndicated versions of Dancing with the Stars, Fear Factor, and Bachelorette. She also produced a number of live award shows. At NDTV (English language news) and MTV India, Swati produced entertainment news shows and worked as on-air talent.She returned to directing, with the inaugural production of Canada’s first Muslim theatre company, Silk Road Institute. Deborah continues to freelance with the Teesri Duniya Theatre and Silk Road Institute families, is pleased to continue supporting emerging artists and facilitate community connection to, and through, theatre.

In Canada, Swati has worked for a number of arts and entertainment organizations, including the Teesri Duniya Theatre, The Fringe Festival, Just for Laughs and the South Asian Film Festival. Her work has spanned events production and management, as well as more creative pursuits. She served as a creative producer for educational short films about Bollywood for Concordia University’s Media Studies program. She also designed costumes for plays produced by Silk Road Institute and was critically appreciated for her work. Currently, she is the Program Manager at ELAN where she oversees the Arted and Arts2U projects. 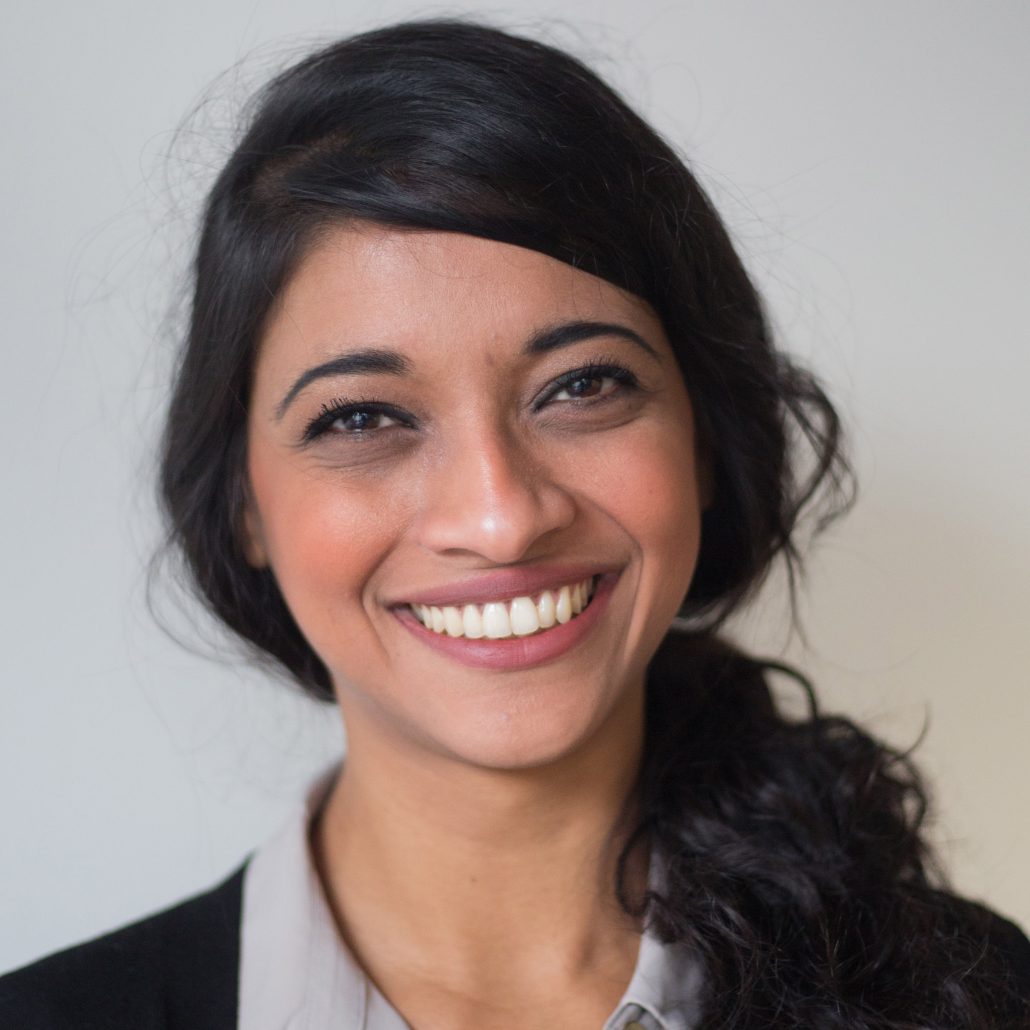 Sufia is a graduate of the University of Toronto and Ryerson University. She has been working in the arts and cultural sector for 10 years, predominantly in the field of literary arts and publishing. In 2016, Sufia co-produced a literary/music series of live performances entitled INVENTIONS, which combined free writing with musical improvisation. Sufia is also a classically-trained pianist and amateur multi-instrumentalist who has played in a few bands and enjoys composing music in her free time. She is currently working on the “final” edits of her first novel. 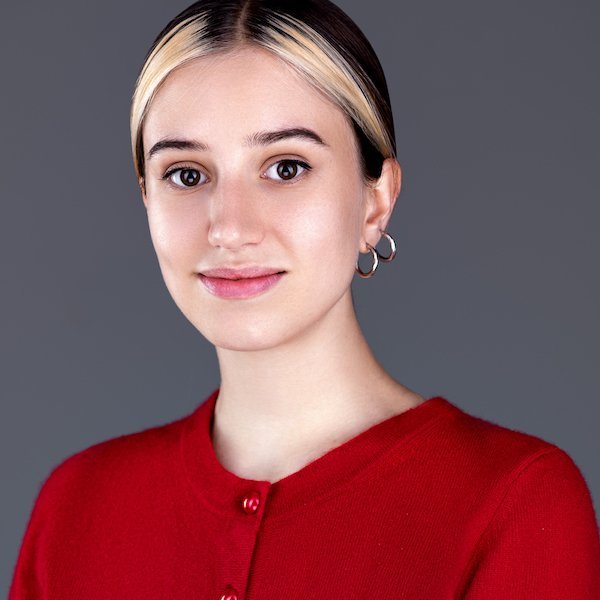 Emily’s background is primarily in darkroom photography and printmaking, and she has been active in many community-based studios and artist-run centres between Toronto and Montreal. Studying English Literature and Gender Studies at McGill, her undergraduate research focused on intersections of drone technology, transportation, and settler colonialism, and she has worked as ELAN’s Membership Services Coordinator since graduating in 2018. 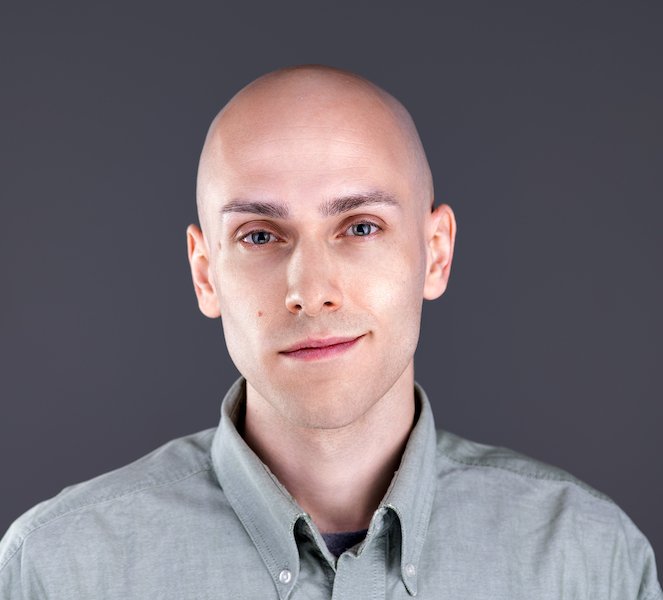 Nick Maturo holds an M.A. in Communications Studies from McGill University and a B.F.A. in Electroacoustic Studies from Concordia University. His ongoing research considers musician labour and the role of institutions within the rapidly evolving field of online music distribution. As an artist, Nick has been active in Montréal’s experimental music community for over ten years and has performed at the Suoni Per Il Popolo and MUTEK festivals. 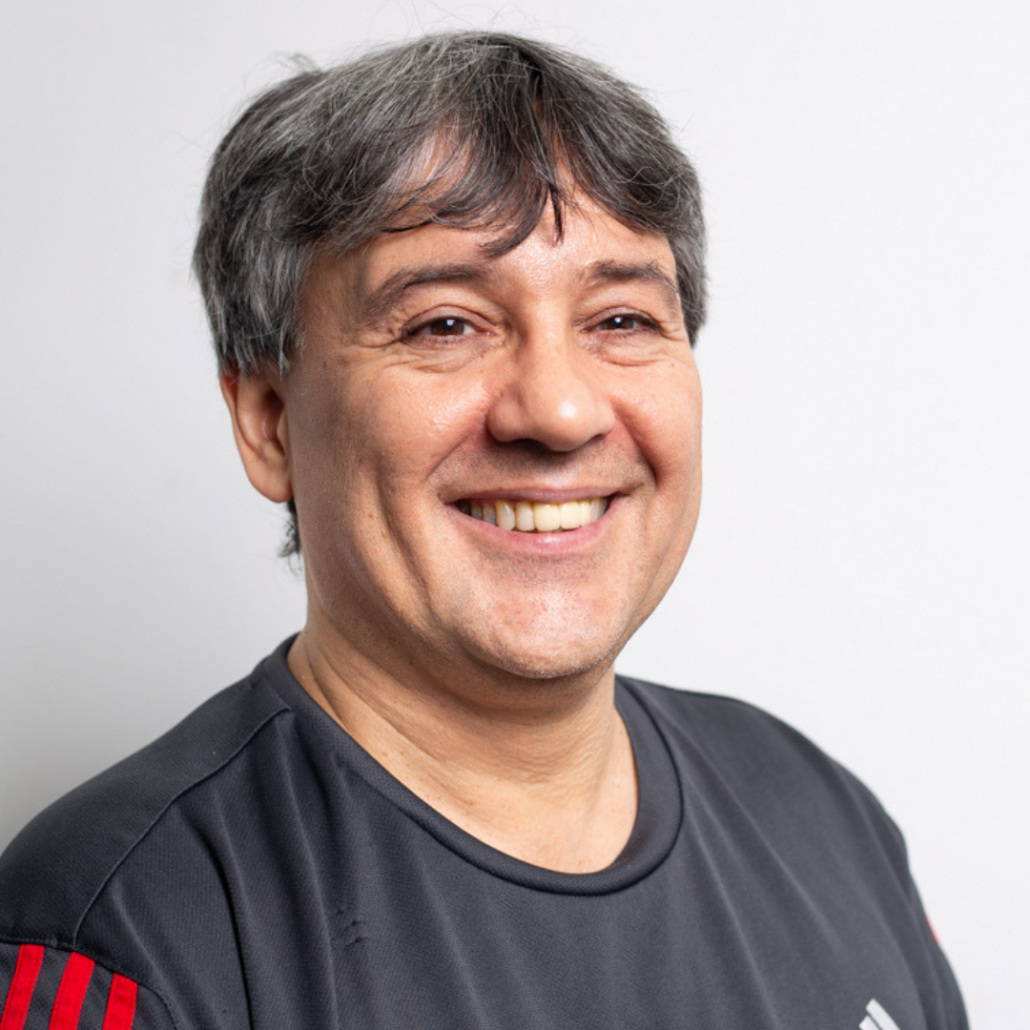 IT Coordinator and Consultant

Andre Athanasiadis has come to be known as the go-to IT professional of the Montreal arts community. With a breadth of experience in computer systems and networks since 1996, Andre has brought his expertise to numerous technical schools, universities, and arts organizations. Over the years, his work has been trusted by, among many others, McGill University, Teesri Duniya Theatre and the Quebec Drama Federation. ELAN is proud to have Andre as one of our longest contributing staff for over ten years. 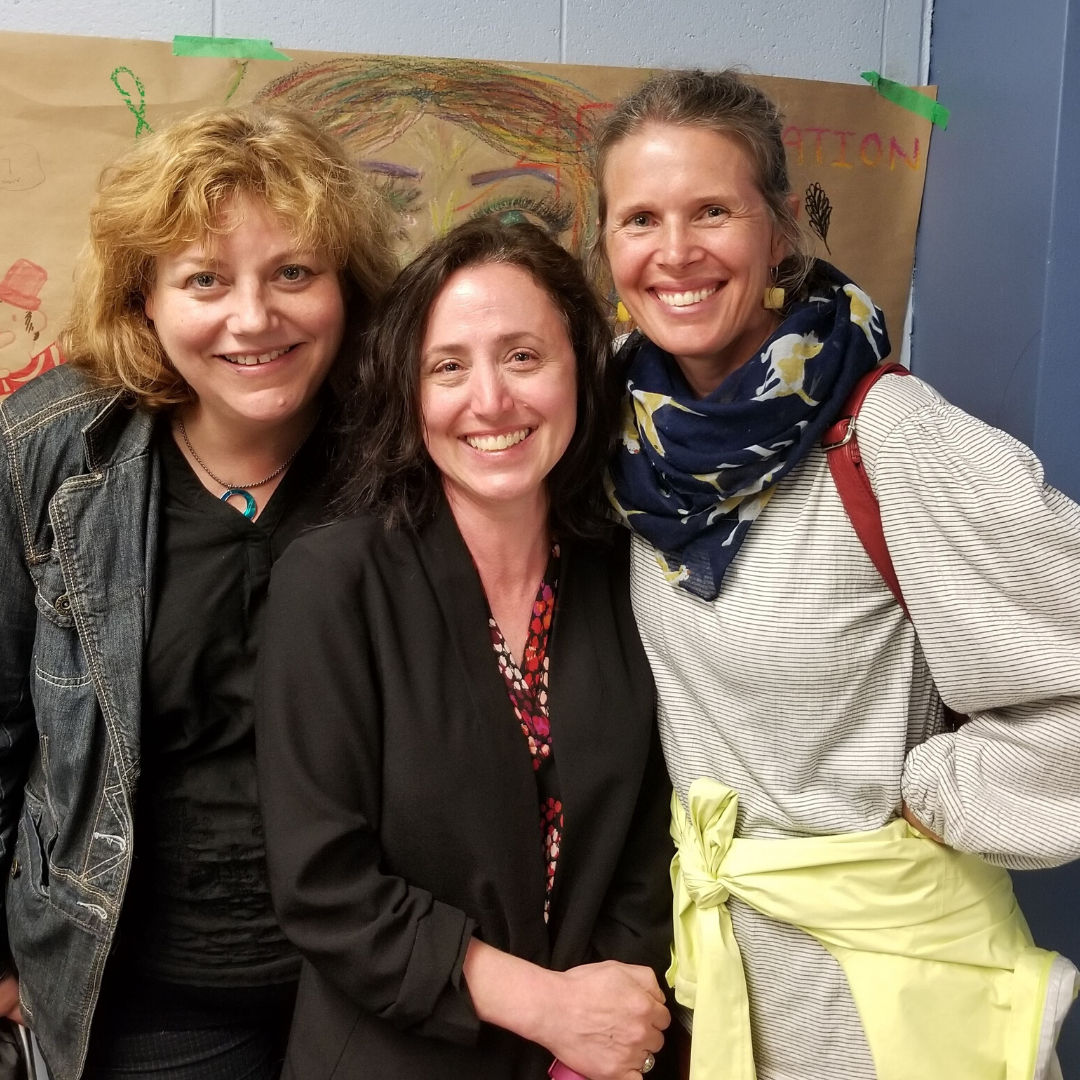 Christie Huff helps organizations in the arts, community and education sectors to align with the needs of the people they aim to serve to achieve measurable social impact. Her goal is to empower the people she works with to approach their challenges as collaboratively as possible so that their change efforts may be successful and sustained. Before completing her Master’s degree in Human Systems Intervention (2012, Concordia), she had undergraduate degrees in economics and commerce, a Certificate in Adult Training & Development (OISE), and experience working with for-profit, government, and non-profit organizations and social enterprises. Christie currently oversees ELAN’s strategic approach to connecting Artists with Educators through the ACE Initiative and the soon-to-be launched Micro- Grant program. 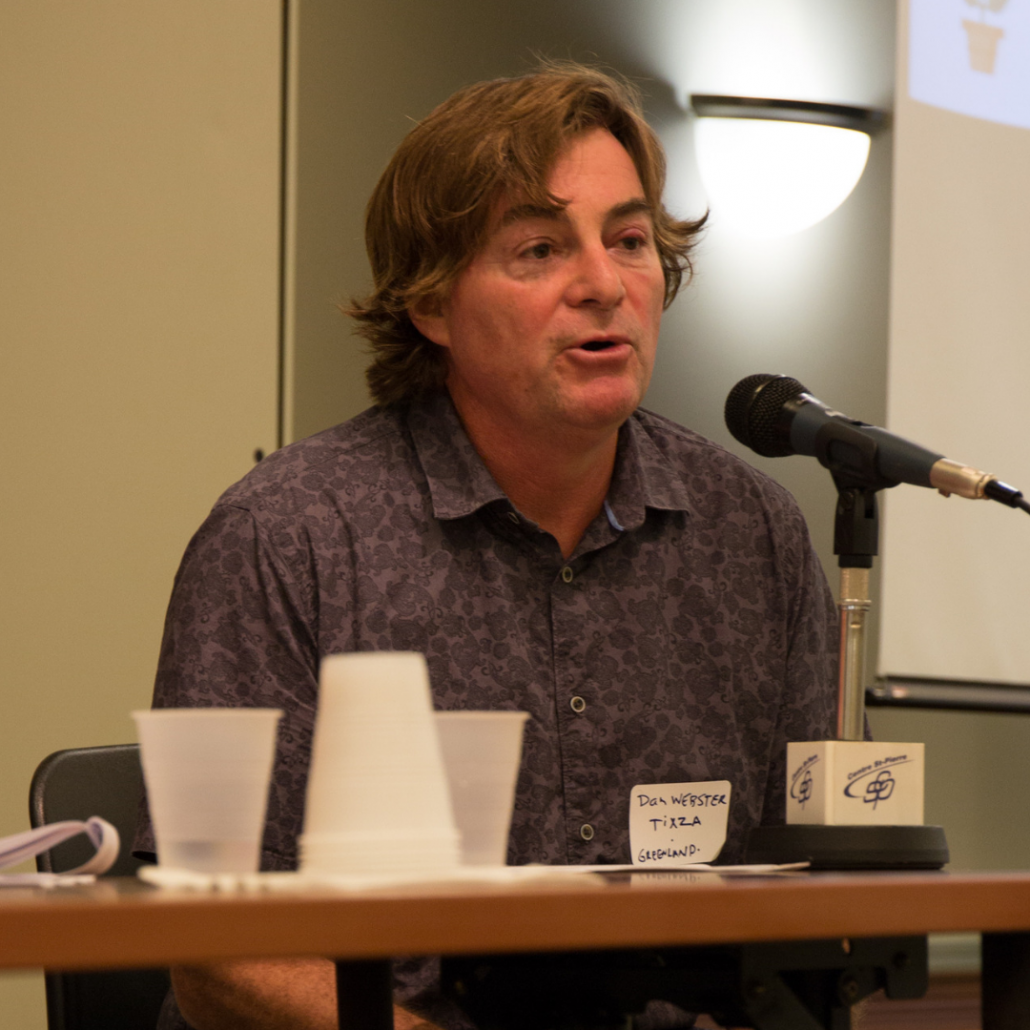 A 30 year veteran of the music industry Dan has led projects in digital distribution, sales and marketing, ticketing, artist development, and festival development.  Dan is currently managing ELAN’s (English Language Arts Network, Quebec) research on Digital Solutions, and managing the ELAN’s ARTS2U prototype development. In 2019 Dan will lead a Canada Council – DSF funded project that develop connections and collaborations among digital initiatives. In 2018, the music company Dan founded  ‘Greenland Productions’ celebrated 25 years in business. In 2014 Dan created TIXZA, a ticket solution for small venues. Dan is co-founder of Osheaga Music Festival and the creator of the Green Stage at Osheaga. Dan’s early work in co-creating the peer to peer file sharing technology FLIPR in 1999 was his first foray into offering a solution for artists to self-distribute music in the internet age. 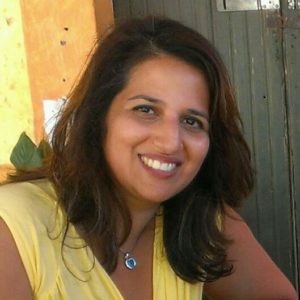 Farah is an arts manager, performer and artist who for over 15 years has been using the arts as a mechanism to teach about equality, rights, personal histories, self-actualization and community bridging. She is rooted in working with cross-cultural populations to promote the arts to a diversity of communities and to outreach to new audiences to overcome emotional and cultural barriers. Farah co-founded, with Julio Hong, Le Groupe Herencias, whose mandate is to use the arts for the promotion, exchange, and acceptance of identity, culture and heritage through creation, art education, training, and creative arts therapies. Farah is also a public speaker for organizations who use the arts as a means to strategize for economic development, goal setting, re- visioning, or for those who want an experience simply for the love of the arts. 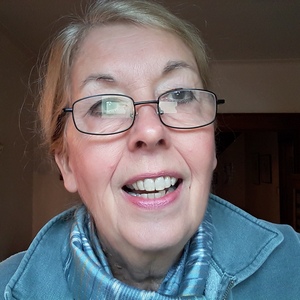 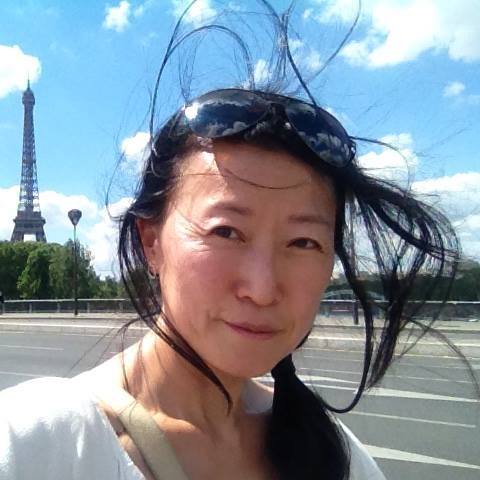 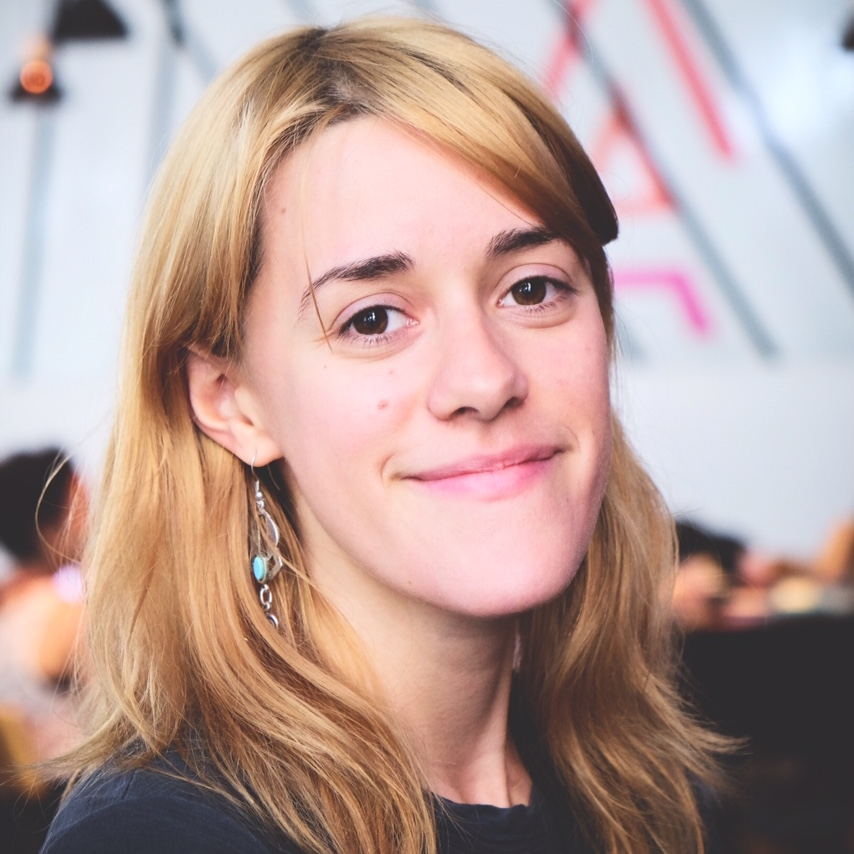 Emilia has worked in the professional international performing arts community as a producer, administrator and agent both for independent artists and for festivals including FTA, CINARS and Pop Montréal. In 2015, Emilia was the Performing Arts Market Access Coordinator for ELAN, where she researched and proposed over a dozen touring strategies for the anglophone performing arts community in Québec, which are now being partly implemented through the PAMA workshops and showcases projects. Her expertise lies in international contemporary performance touring networks. Emilia studied Photography and Mathematics at Concordia University, and is starting a doctorate in Mathematics in the Fall. 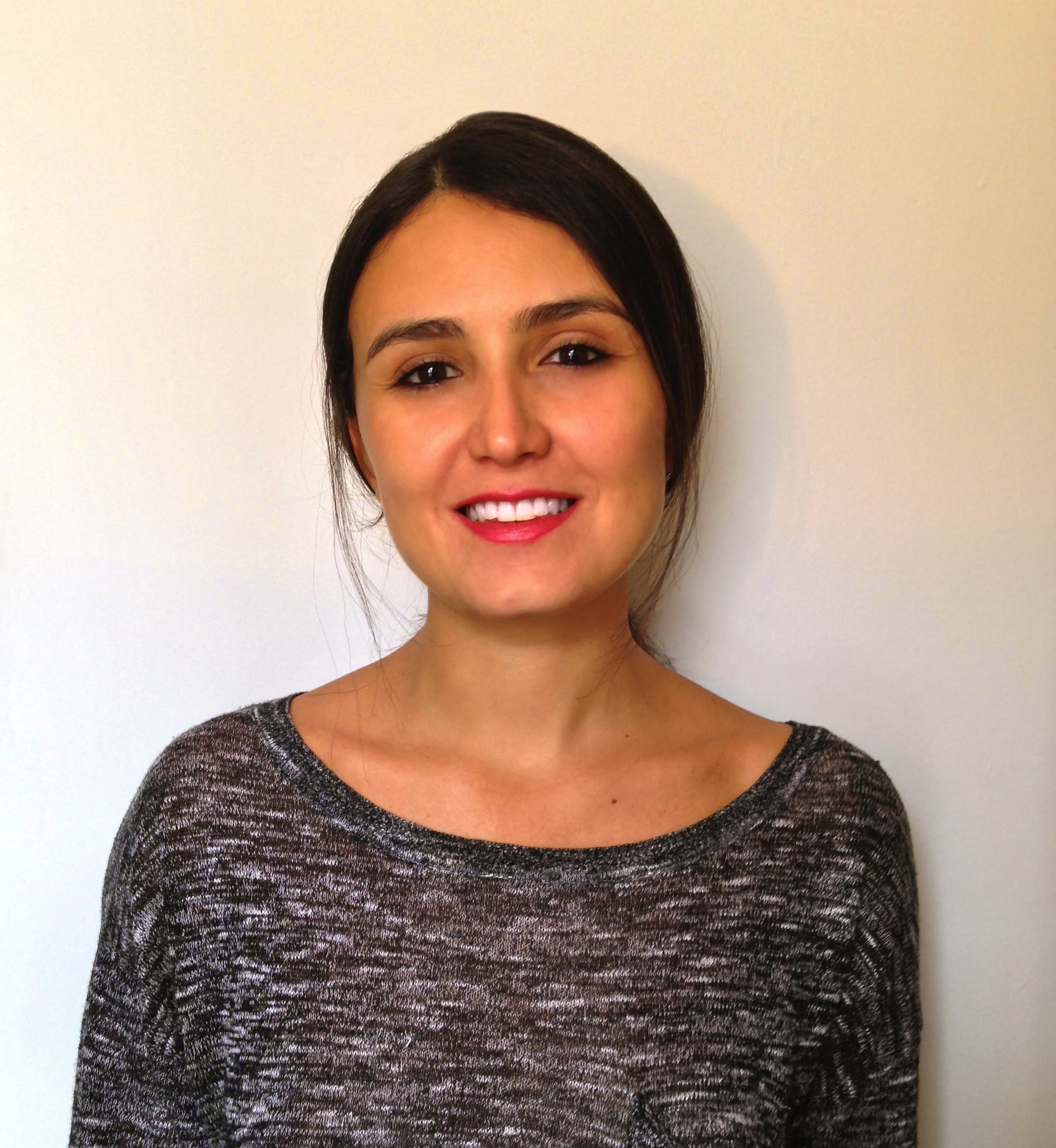 With a Marketing degree from Concordia University and an avid interest in arts and culture management, Mariam has been working in the arts, mostly in music, since 2008. She has worked for festivals, associations promoting local talent, managed bands, and organized many concerts and events for both local and international artists. 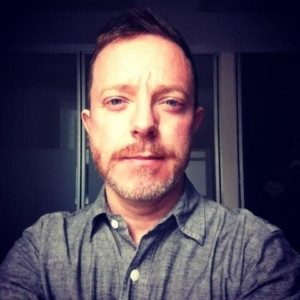 Stephen Lawson is a multidisciplinary artist who continually crosses the boundaries of theatre, music, television, performance art, curatorial practice, radio, print and video. He has worked in various capacities as a cultural worker and organizer, and since 2001 he has been collaborating with artist Aaron Pollard as 2boys.tv, creating and touring transmedia performances, installations and videos internationally. 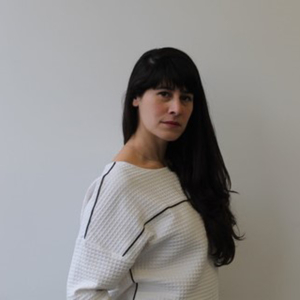 Ximena Holuigue works as a curator and facilitator for interdisciplinary projects which has allowed her to create a cultural bridge with Cuba through diverse cultural exchanges, among them, working as assistant-curator to the director in the Havana Biennial 2015 Edition. Since 2016, she is the project manager of the Montreal-Havana art exchange, funded by the Montreal Arts Council and led by the RCAAQ institution in Montreal. She is also the creative producer for Para Todos For Todos, a documentary about El Mejunje, an LGBT performance venue and community center based in Santa Clara, Cuba (out in 2018). She continues to work as a facilitator, project manager and fixer in various art, film and music related projects in Cuba and abroad. 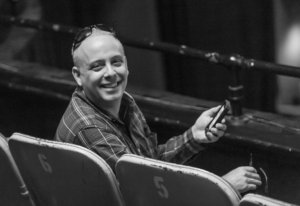 Dubbed “Mr. Montreal” by CBC Arts, Richard “Bugs” Burnett is an arts and culture journalist and columnist for alt-weeklies, mainstream and LGBTQ publications. He is also a pop culture pundit on radio and television. His pioneering column Three Dollar Bill is the only syndicated LGBTQ column in Canadian publishing history, and is now archived in Toronto’s The ArQuives (formerly the Canadian Lesbian and Gay Archives), the largest independent LGBTQ archive in the world. Bugs has interviewed everybody from Cher to Justin Trudeau, and got the last-ever sit-down interview with the late James Brown. Bugs knows his hometown like a drag queen knows a cosmetics counter. Tourisme Montréal says, “As Michael Musto is to New York City, Richard Burnett is to Montreal.”