Over the years, ELAN‘s members have consistently rated Advocacy as one of our most valued member services, although the benefits are mostly indirect and long-term.

To ensure that our advocacy work and projects truly reflect the needs of the English-speaking arts community, we depend on our members to share their concerns and opinions with us. 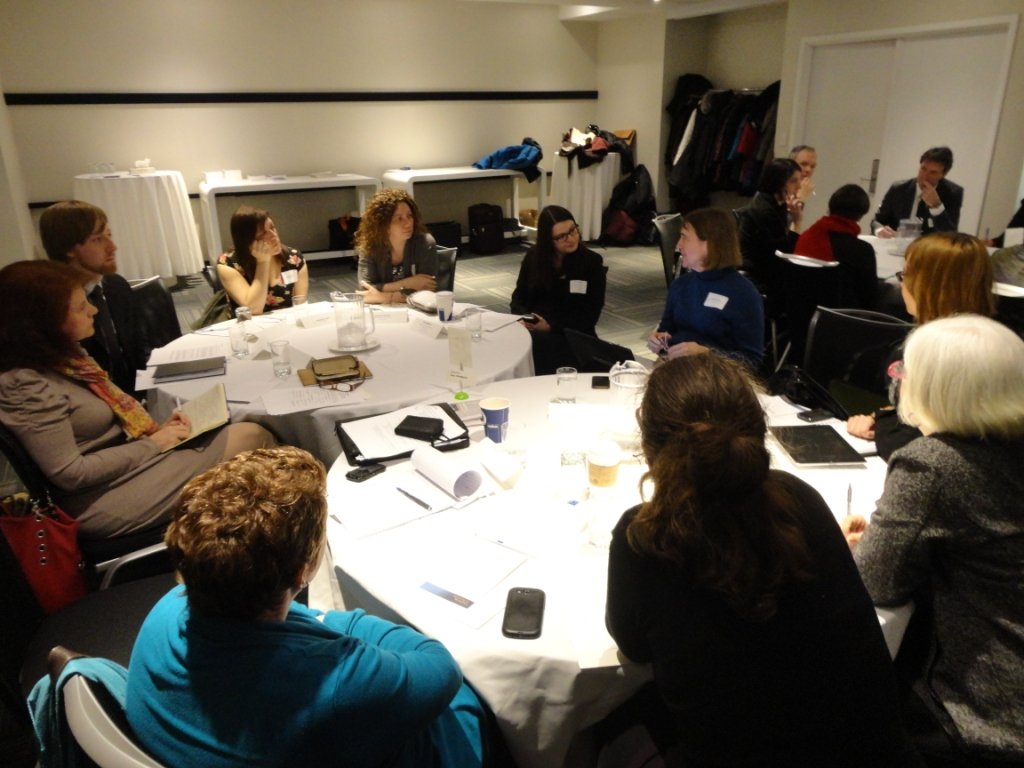 ELAN became a member of the Quebec Community Groups Network (QCGN) in 2006, and held a seat on the board for several years. ELAN collaborates closely with QCGN in many interventions in Ottawa. More importantly, ELAN works closely with QCGN and its members to ensure that community leaders appreciate the value of arts and culture as vectors of community vitality, positive identity, and youth retention.

In 2018, ELAN received funding from the Secretariat for Relations with English-speaking Quebecers. One component of this new Government Relations project is to establish an Arts, Culture and Heritage Working Group in Quebec with participation from CALQ, SODEC, the Ministries of Culture and Education, and Télé-Québec. 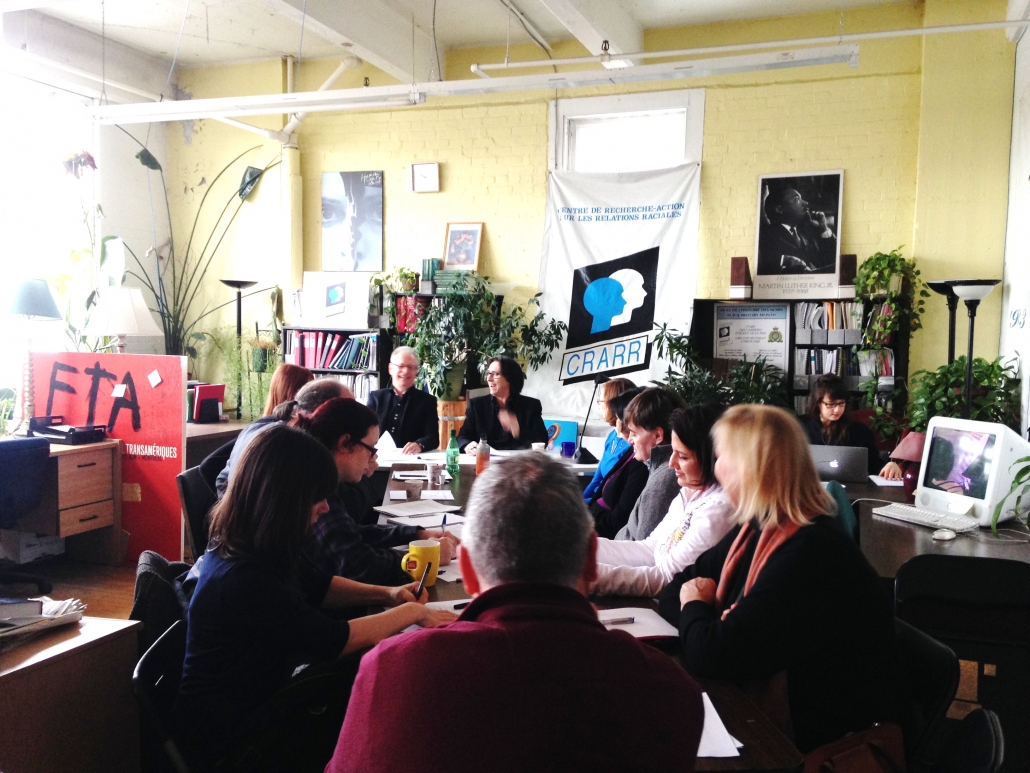 Meeting with Canada Council for the Arts’ CEO Simon Brault.

ELAN’s main funding source has been the Department of Canadian Heritage, under provisions of Canada’s Official Languages Act. ELAN is frequently invited to Ottawa for consultations with Parliamentary Committees and the Senate Standing Committee.

In collaboration with la Fédération culturelle canadienne-française (FCCF), ELAN ensures that arts and culture are well represented as important elements of community vitality.

The Official Languages Act celebrated its 50th anniversary in 2019 with year-long, cross-country consultation, seeking ways modernize the Act. ELAN was actively involved in consultations in Ottawa and Montreal. 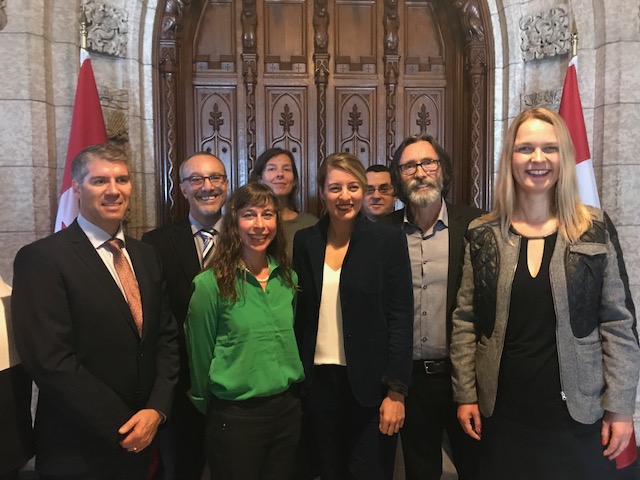 Since 2008, in collaboration with Kirwan Cox, who became Executive Director of the Quebec English-language Production Council (QPEC) after serving several years on ELAN’s board of directors, ELAN has made dozens of interventions to the Canadian Radio-Television and Telecommunications Commission (CRTC), regarding broadcast policy and broadcasters’ licence renewals. 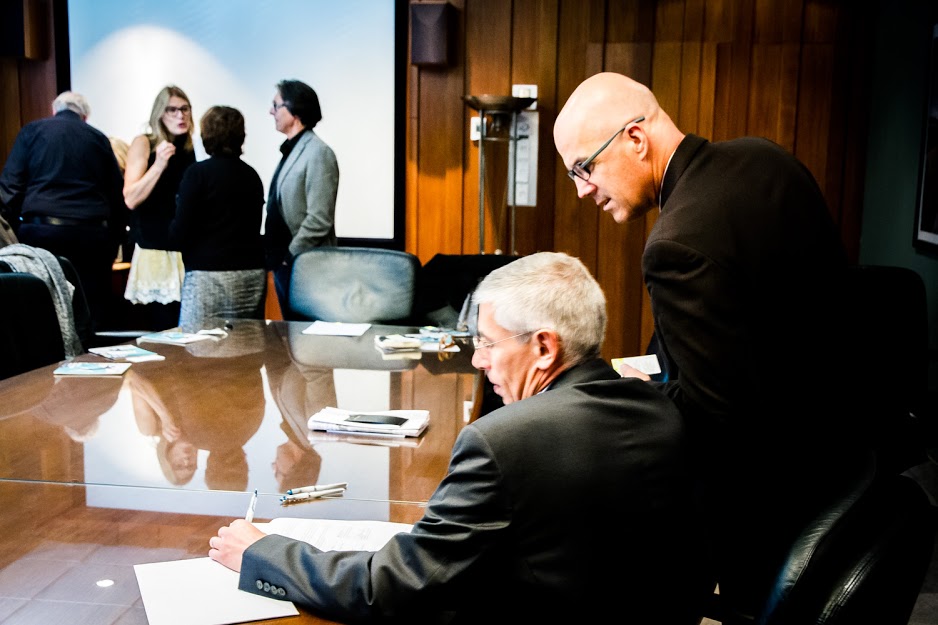 20% of Videotron’s programming on MAtv, its community television station, is devoted to English-language content – the result of years of intervention alongside community groups and artists working in the field.

In October 2015, the National Film Board (NFB) signed a $3-million, three-year cooperation and collaboration agreement to strengthen Quebec’s audiovisual sector and culture. This result was generated in collaboration with the Quebec English-Language Production Council.

In 2010, ELAN collaborated with the Department of Canadian Heritage to organize an annual Arts, Culture and Heritage Working Group meeting with federal departments and agencies, including Canada Council, Telefilm, the Canadian Broadcasting Corporation (CBC), and the National Film Board of Canada (NFB). 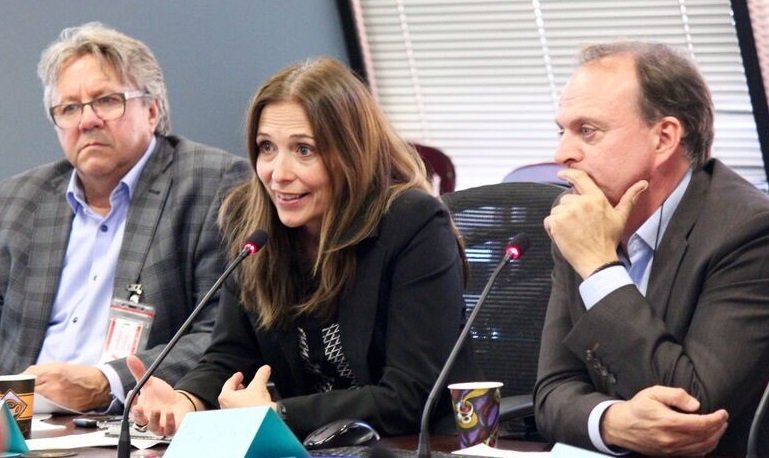 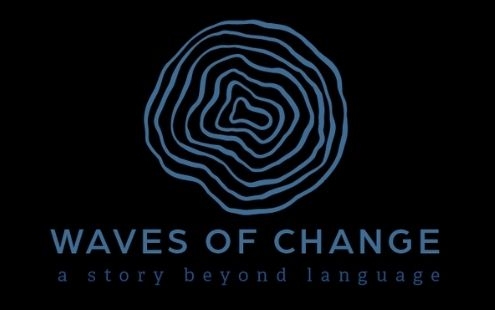 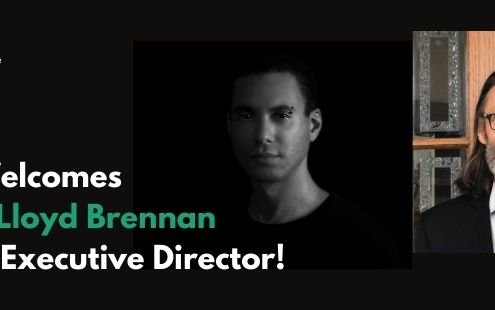 After an extensive search and selection process, ELAN’s board and staff are excited to announce our new Executive Director, Patrick Lloyd Brennan! Patrick is no stranger to the ELAN community, having served on our Board of Directors and…
END_OF_DOCUMENT_TOKEN_TO_BE_REPLACED
https://www.quebec-elan.org/wp-content/uploads/2021/01/Website_blog_Email.jpg 310 800 ELAN Communications https://www.quebec-elan.org/wp-content/uploads/2019/06/menu-Elan-Logo-W-1030x458.png ELAN Communications2021-02-01 08:22:372021-02-01 08:22:37ELAN Welcomes Patrick Lloyd Brennan as ELAN’s New Executive Director! 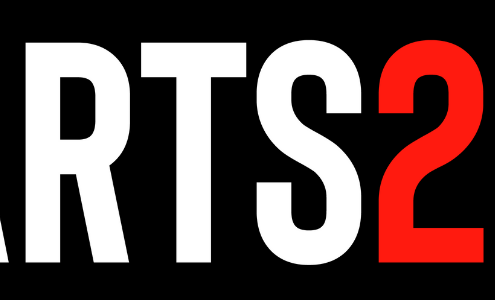 As a result of the Covid-19 pandemic, ARTS2U project will be including live broadcast events to its arts event listings. The ARTSCAST Pilot Project addresses in depth details regarding inclusion and added value of live broadcasts to ARTS2U.…
END_OF_DOCUMENT_TOKEN_TO_BE_REPLACED
https://www.quebec-elan.org/wp-content/uploads/2020/04/Member-Exclusive-2020-7.png 300 828 ELAN Communications https://www.quebec-elan.org/wp-content/uploads/2019/06/menu-Elan-Logo-W-1030x458.png ELAN Communications2020-06-30 19:52:242020-06-30 19:52:24ARTS2U: ARTSCAST Pilot Project 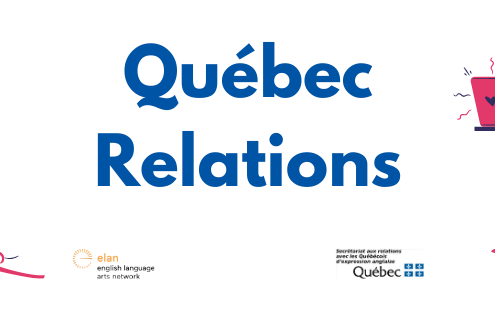 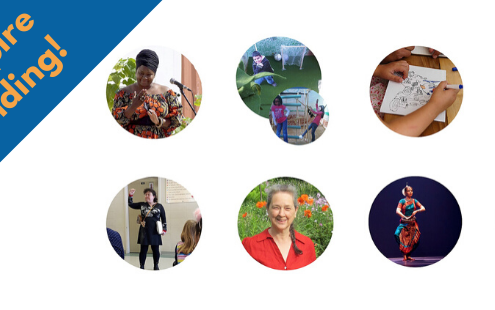 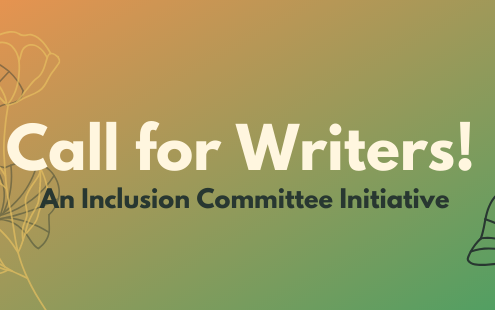 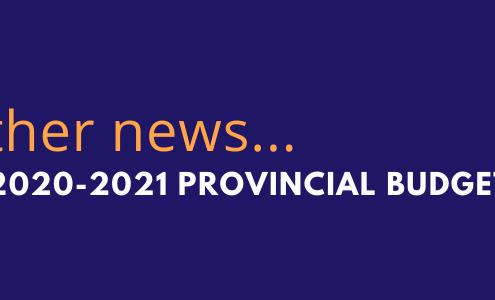 “After years of decreasing production, no less than eight different TV dramas were in production this year. Six were funded by CMF’s [Canada Media Fund] Anglophone Minority Incentive and two from regular CMF funds. The combined budgets of these productions was over $85 million and an additional $10 million was being spent on documentaries. These productions provided work for directors, writers, actors, set and costume designers, and all of the other skills required for television production.”

— A Short History of Broadcasting Advocacy, published by ELAN (2016).

The Creative Economy and the English Speaking Communities in Quebec (QUESCREN/Industry Canada, 2012)

Decline and Prospects of the English-Speaking Communities of Québec (Government of Canada & Canadian Institute for Research on Linguistic Minorities, 2012) 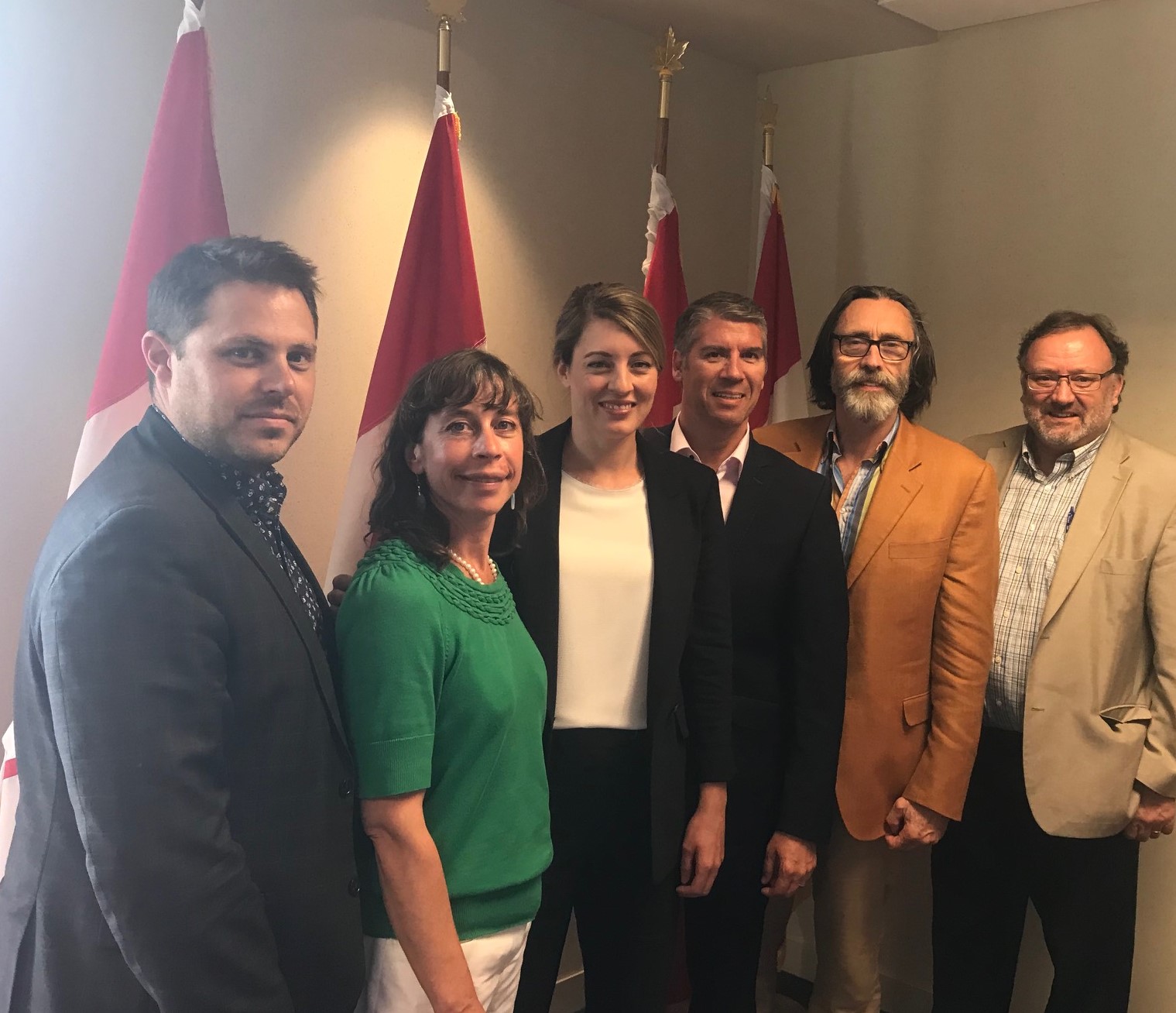 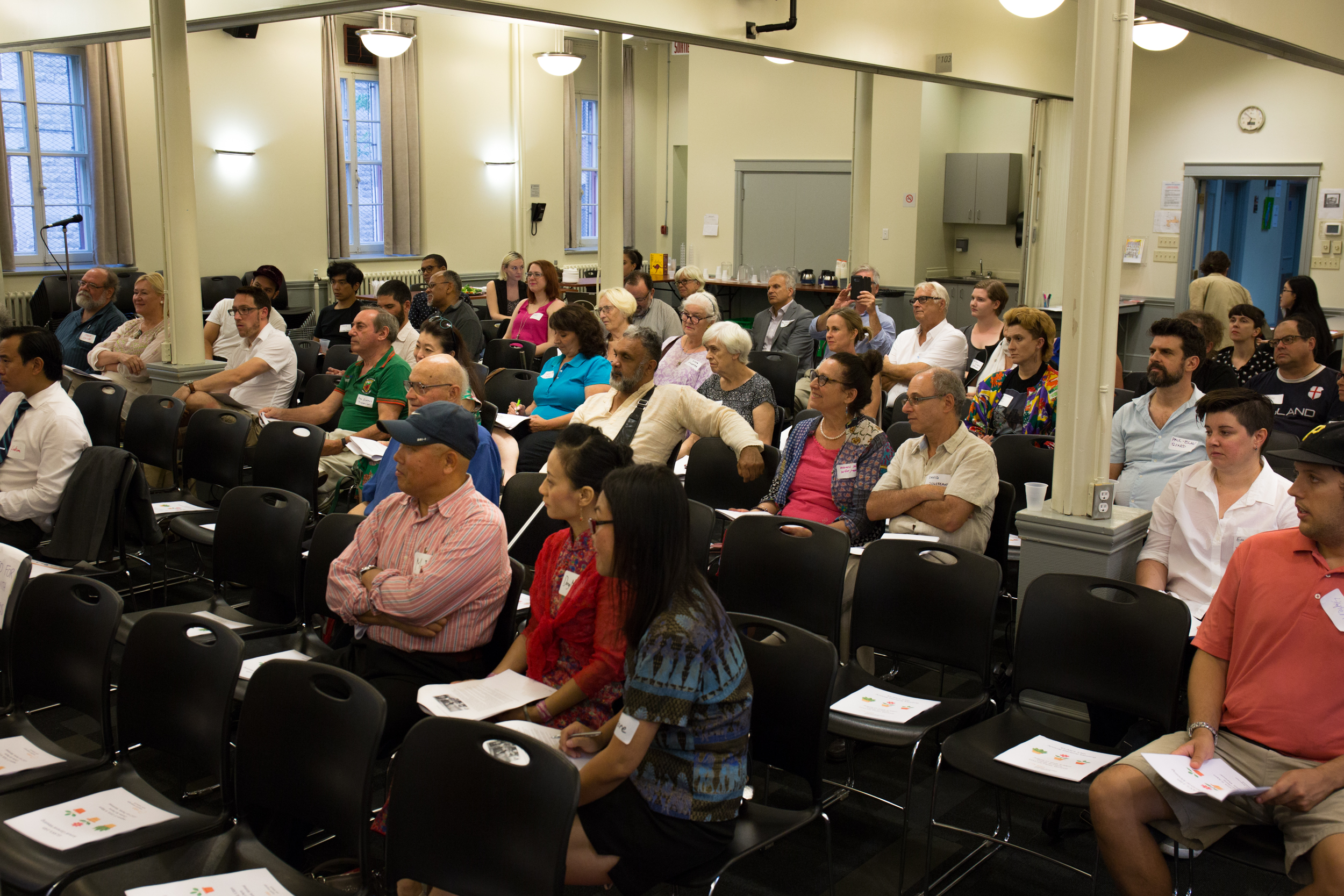 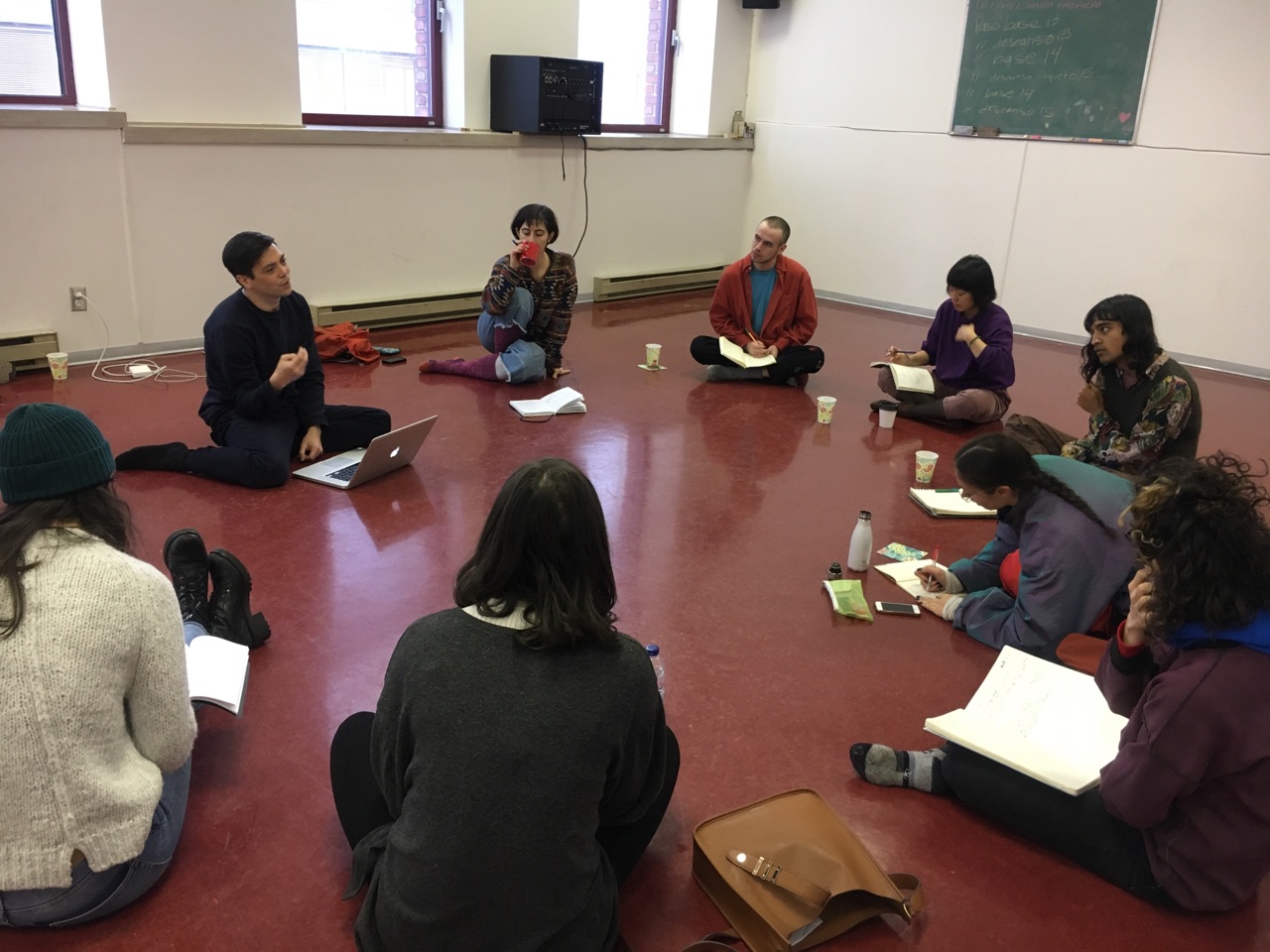 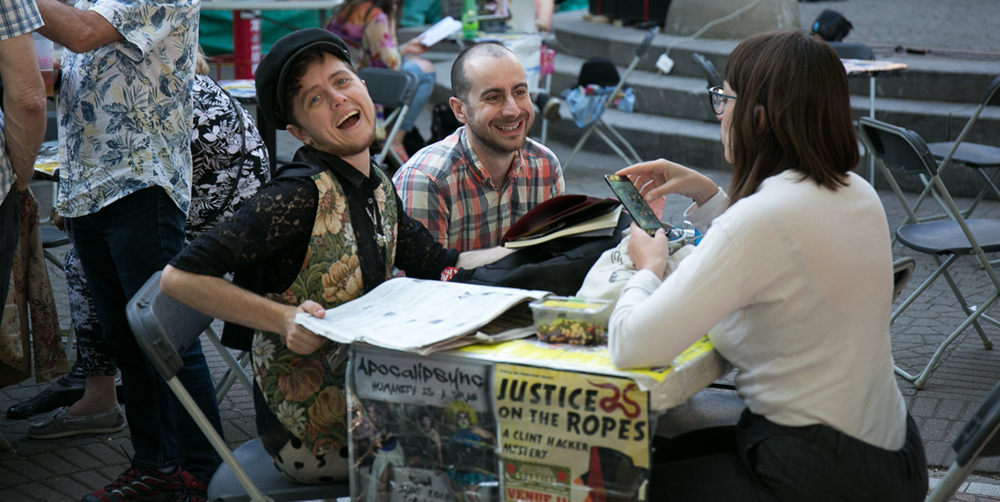 Membership is a direct way to build relationships with us, help us to accurately represent your needs, and shape policy. To ensure that our advocacy work and projects truly reflect the needs of the English-speaking arts community, we depend on our members to share their concerns and opinions with us.